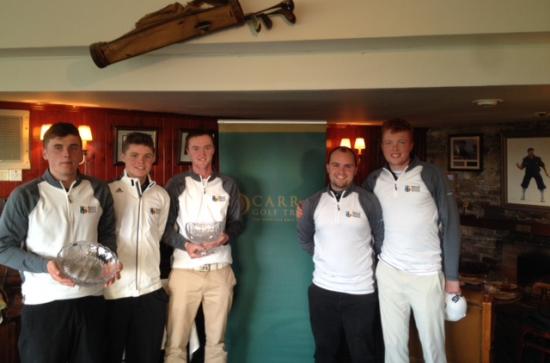 The reigning Irish Senior Cup champions finished 12 strokes ahead of Texas A&M at the famous County Kerry Links with UNC Wilmington a further 16 strokes behind in third.
Sugrue shot a final 73 to capture the individual title by three strokes from team mate Eugene Smith, who closed with a 72, on three over par 219. Connor Black (78-78-72) was the best of the visitors alongside his Texas A&M’s team mate Ben Crancer (72-81-75) in third and fourth respectively on 12 over par 228 with Notre Dame’s Miguel Delgado (75-79-76) fifth on 230. We are all very proud for our Maynooth University Golf Team.