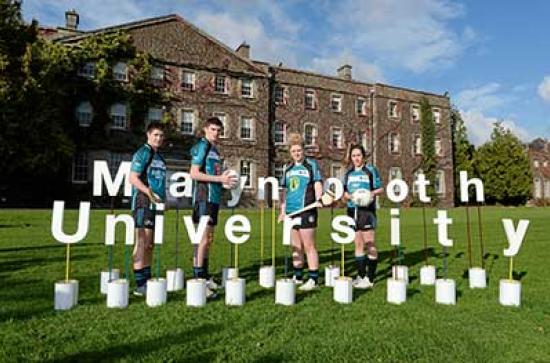 Jenny Duffy, Maynooth University GAA Development Officer speaking at the launch said “I am very excited to be unveiling our new kit today. Teal is a strong, fresh colour, coming from the University logo. It is also the colour of the away jersey for Kildare GAA and reinforces the connection between the University and the County.”

Many of the current Maynooth University scholarship stars will be present for the launch; from the Sigerson Cup side, established inter-county stars Fergal Conway,Paul Cribbin, David Hyland (all Kildare), Joey Wallace and Eamon Wallace (Meath), Evan O'Carroll (Laois).