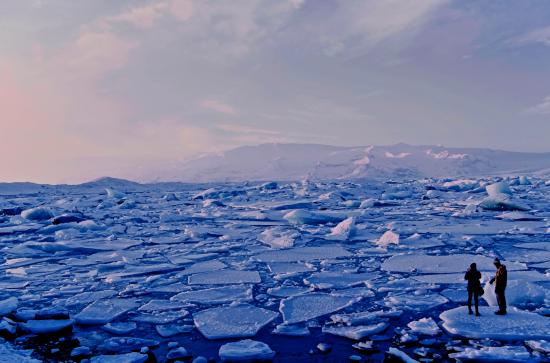 Global temperature rise may be closer to the limit recently imposed by world leaders than previously thought, new research has revealed.

The major study, which brought together top international climate scientist including researchers from Maynooth University, aimed to provide an improved definition of the ‘pre-industrial’ period to put the temperature rise targets set at the UN Paris Agreement into context.

Global leaders agreed to avoid a temperature rise of more than 2°C – and ideally no more than 1.5°C – as they debated climate change measures in Paris. However, the ‘pre-industrial’ starting point from which to measure the rise has never been clearly defined.

The new study, published in the Bulletin of the American Meteorological Society (BAMS), has concluded that global temperatures were more than 1°C warmer than pre-industrial times in both 2015 and 2016, and that limits on future emissions may have to be tightened slightly to avoid breaching the agreed temperature targets.

Professor Peter Thorne, Maynooth University Department of Geography, said: “Surprisingly, given their use as a basis for internationally binding climate treaty targets, pre-industrial temperatures have been at best poorly defined to date. If we are going to know whether treaty targets are met we need to much better know the baseline against which we are measuring progress.”

“This work suggests that although overall a reasonable basis, using late 19th Century records instead of true pre-industrial' may somewhat under-estimate the impacts humans have had on the climate system to date.”

Dr Ed Hawkins, from the University of Reading’s Department of Meteorology, said: “Setting greenhouse gas emission targets was a crucial step towards halting the temperature rise seen in recent decades. However, a specific ‘starting line’ for the temperature rise is needed to better track progress and define how future emissions would need to change to avoid breaching the agreed temperature limits.

“By the second half of the 19th century – the period currently used as a starting point – there had likely already been some temperature rise, meaning that emissions targets may need to be refined if we are to stay below the 1.5°C or 2°C thresholds.”

Since the invention of an efficient steam engine in 1784, humans have been using fossil fuels to power industrial processes, which also release carbon dioxide into the atmosphere and contribute to global warming. But to better understand the Paris Agreement targets, a suitable starting point for when humans began to influence global temperatures needs to be selected.

However, choosing this starting point is complicated by climatic changes due to natural factors such as the sun and volcanic activity. The authors argue that the years 1720-1800 are a better ‘pre-industrial’ period than the currently used 1850-1900 period.

Professor Tim Osborn, from the University of East Anglia and a co-author of the study, said: “The international community have agreed to policies measured against a poorly defined and poorly known ‘pre-industrial’ climate. We have used current scientific understanding and data to get a better handle on what this baseline climate was, and an improved estimate of how much warming has already occurred since the ‘pre-industrial’ period.

“Nevertheless, the uncertainties in our estimate could be reduced by more efforts to digitise weather observations recorded in ship logbooks in the 18th and early 19th centuries.”