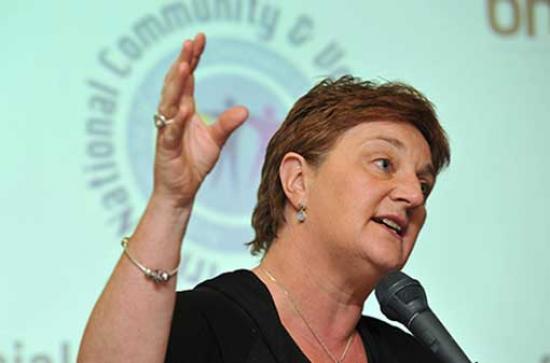 Maynooth University takes the Irish lead on a major new pan-European study into the effects of the economic crisis on vulnerable groups, with the aim to change the strategy behind European Union social funding.

The RE-InVEST project, an initiative that addresses social inequality and poverty by researching the experiences of vulnerable people most impacted by the crisis, has received almost €2.5 million in funding from the European Commission’s Horizon 2020 research fund.

Researchers at Maynooth University are playing a central role in the project, which is being officially launched in Brussels on March 17th, and involving 19 stakeholder organisations in 12 European countries, and contributors from a range of disciplines. The project aims to contribute to a more balanced economic and social development model for the EU and provide a stronger intellectual foundation to its framework for social investment, known as its Social Investment Package.

Dr Mary P. Murphy of the Maynooth University Department of Sociology, a member of the initiative’s management board, will lead two of its upcoming projects. “At the heart of our project is a desire to see a more balanced Europe. The starting point for RE-InVEST is the diagnosis of the social damage caused by the economic crisis. We recognise that there are many people with a stake in this issue, and most importantly the project will give a voice to those vulnerable groups who were affected by the crisis across Europe. It represents an opportunity to reflect upon their experience, and, in a very real way, use their feedback to impact social investment going forward,” said Dr Murphy.

Dr Murphy, who has written extensively on welfare, labour, and political economy, also sits at the centre of an informal network that brings together economists, sociologists, political scientists, and policymakers in what they call, ‘the Alliance to Fight Poverty.’

The RE-InVEST project will commence with a diagnosis of the social damage caused by the crisis and then develop a theoretical basis for improved social policy across Europe. The project seeks to re-orientate the philosophy of the EU’s Social Investment Package so that human rights, social protection, and the labour market are given precedence. The research framework also will be used to study the impact of national characteristics and recent policy reforms on the human rights and capabilities of vulnerable groups within the EU.

Dr Murphy feels that the diverse experience of the team is a key element of the project. “The scope of this project is really phenomenal. There are many different talents being utilised and we are all focused upon the one issue. With the resource at our disposal, this is an opportunity to contribute towards eradicating poverty and gross inequality in Europe.”

The project will continue for four years to the end of February 2019.

This project has received funding from the European Union’s Horizon 2020 research and innovation programme under grant agreement No 649447.