How do people behave during terrorist attacks? 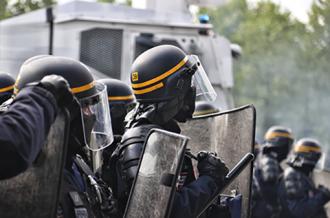 In the first 10 minutes of an attack, it's the general public who must deal with the actions of terrorists, writes Dr Mark Maguire, social anthropologist and Dean of the Faculty of Social Sciences

On June 3rd 2017, three terrorists rammed a rented van into pedestrians on London Bridge. Minutes later, they crashed on the street running outside Borough Market. They abandoned their vehicle and began a marauding knife attack on civilians in the densely packed market area. The attack ended just 18 minutes after it begun, when police shot and killed the terrorists.

In the wake of such horrifying incidents – and there have been many, from Copenhagen to Christchurch – politicians and media commentators scramble for explanations, while police and emergency responders reflect on their own actions.

Oddly, one group tends to be left out of the conversation: the public. How exactly do people behave during terrorist attacks? We assume that this question is being answered in witness statements and official reports, but this is not the case. There is, in fact, a huge gap in our knowledge, one of vital significance.

Maynooth University · How do people behave during terrorist attacks?

The truth is that it will take time for armed responders to arrive at the scene of an attack. Therefore, members of the public will be alone with their attackers for a long time, perhaps for 10 or more minutes. And, if the terrorists deploy heavy weapons, such as explosives and assault rifles, most fatalities will result from bleeding. People caught up in attacks have described to me the horror of taking cover with a wounded loved one, unable to move and unable to save their lives. What can a social science like anthropology do to help the public be better prepared in such traumatic circumstances?

Two years ago, with the assistance of current and former military and police special forces, I began to study public behaviour during terrorist attacks, from the white nationalist massacre on Utoya in Norway to the al Shabaab atrocity in Westgate Mall, in Kenya’s capital, Nairobi.

The scholarship in this area is limited, but there is a sense that people respond to violent attacks from evolutionary scripts - fight-or-flight, freeze-or-fawn - which then give way to small-group identification. This is the natural territory of the anthropologist, because anthropology is the discipline that explores the universal and culturally distinct in human behaviour.

The first case study in this project was the Glasgow Airport attack in 2007, which immediately showed how much we do not know about public behaviour. I interviewed a woman who was 14 years-old at the time. She calmly led a classmate to safety while those around her panicked.

I also interviewed a middle-aged man who accidently created a crowd when he stopped to video the incident. I have studied people who panicked, then composed themselves, then behaved differently, as the waves generated by violent pulses moved through the crowd. As I completed more and more case studies in different countries, I noted how age, gender and ethnicity, for example, fade as drivers of behaviour in comparison to "resilience".

There are many important practical outcomes from this type of research. Firstly, it is enormously helpful to police to understand the ranges of human behaviour that they will encounter in an emergency situation. In the immediate aftermath of Anders Breivik’s massacre of children on Utoya in Norway, for example, the police first arrested Anzor Dzhukayev, a 17 year old refugee from war-torn Chechnya, because he seemed suspiciously calm.
It is important to understand the scene of a terrorist attack as a behavioural environment, whether it is a space of intimacy and worship or a seemingly anonymous place like a city centre or airport. The public is composed of numerous constituencies, from taxi drivers and shop owners to community leaders. Therefore, we must think hard and have difficult conversations about resilience: should we, as a society, have a policy to recruit staff in vulnerable areas with pre-existing para-medical or similar skills?

Finally, we must think about a very obvious, inexpensive investment: "second aid". The wounds left by improvised explosives and weapons of war are essentially battlefield wounds. First aid is not enough. In our vulnerable sites, we must have second aid kits that contain blood clotting agents, field dressing and tourniquets - and we need people trained to use them. In the aftermath of the Bataclan massacre, ambulance crews brought the wounded to Paris hospitals. It was soon noticed that they had used their own belts as tourniquets to save lives. Perhaps understandably, the focus of counterterrorism is on preventing violence, but this focus is not enough. We must also prevent unnecessary deaths.

Ten minutes of terror can feel like an endless nightmare for those involved. But if we look closely at these horrifying moments we can begin to think differently about society’s current discussion of security, liberty and fortification against terror. We can begin to think afresh about community policing, life-saving measures, and about our core values. We can, in short, begin to democratise security.