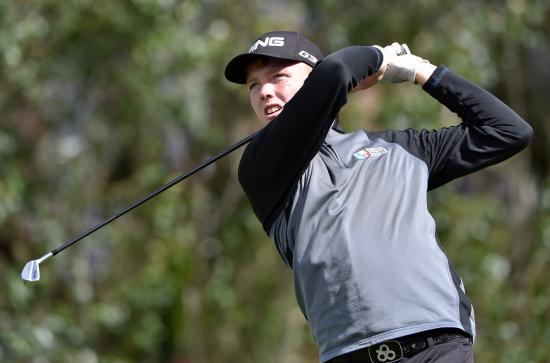 Top golfers from across the globe are being welcomed this week by Maynooth University for the opening of the 2018 World Amateur Golf Championships which takes place at Carton House.

Over the next two weeks Maynooth University will play host to more than 450 of the world’s top amateur golfers from at least 70 countries -- as well as their coaches and representatives from national federations.

Maynooth University is the designated ‘Athletes’ Village’ providing accommodation to the athletes in our student apartments and meals in the Phoenix Restaurant daily.  Athletes have complimentary access to the Village’s amenities such as Sports Centre facilities, a fitness centre and access to sports halls, training rooms, and a games room.

The World Amateur Golf Team Championships is a biennial event led by the International Golf Federation, hosted locally this year by the Golfing Union of Ireland (GUI) and the Irish Ladies Golf Union (ILGU).

The women will compete this week for the Espirito Santo Trophy, running from 29 August-1 September, while the men will vie for the Eisenhower Trophy from 5-8 September.

Leading the Irish Men’s team is Maynooth Alumnus Robin Dawson (BBS Equine Business 2017), who is currently ranked number No. 7 in the world amateur golf rankings and is scheduled to turn professional in September. A former World and European University Gold Medallist while at Maynooth, Dawson has had an impressive year capturing the Irish amateur open championship and silver medals at both the British Amateur and European Amateur championships earlier this summer.

Barry Fennelly, Manager of the Paddy Harrington Golf Scholarship at Maynooth University, said: “It is a pleasure to welcome delegations from across the globe to Maynooth University for the World Amateur Golf Team Championships, I hope they have a memorable experience staying on campus and competing at one of the best courses in Ireland at Carton House. I would like to wish Robin, the Irish teams and all competitors the best of luck in these championships.”

The Paddy Harrington Golf Scholarship at Maynooth University is Ireland’s leading collegiate high performance golf scholarship programme and among the best programmes in Europe. Since the scheme was established in 2006, the programme has nurtured over eighty graduates, some of whom have represented Ireland, Great Britain & Ireland and the continent of Europe at International matches.

In recent years, Maynooth has had five representatives compete in the last six stagings of the Arnold Palmer Cup; an annual International Ryder Cup-style collegiate match between the best players in the United States and the Rest of the World. They include current master’s student Ronan Mullarney (2018) Stuart Grehan (2017 & 2016) and Gary Hurley (2015 & 2013).

The Paddy Harrington Golf Scholarship Programme enables students of exceptional golfing ability to combine high performance training and competition with full time study for a degree course. Golf scholars compete on some of the best championship courses in the United Kingdom and have opportunities to play in Europe and the United States. In addition, golf scholars are supported by a team of specialist coaches and have access to world class facilities at Carton House on the University’s doorstep.