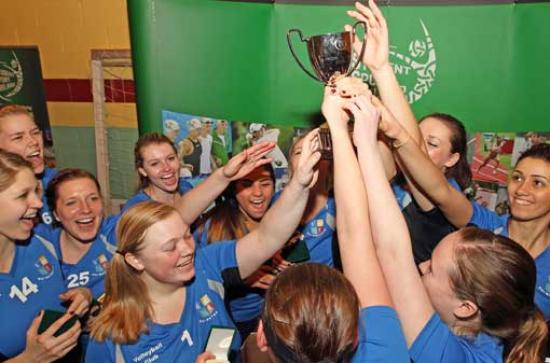 The Maynooth University women’s team maintained an unbeaten record in both home and away games to secure its place in the top 4 out of the 13 colleges and universities entered for the Student Sport Ireland league.  The finals were held as part the SSI League Finals Festival hosted by WIT, on 26 March

The Maynooth University team, featuring several International Students (both ERASMUS and VISITING AMERICAN), was successful in its semi-final against Athlone IT, and then persevered over the DCU women to bring the coveted SSI League trophy home to Maynooth University.