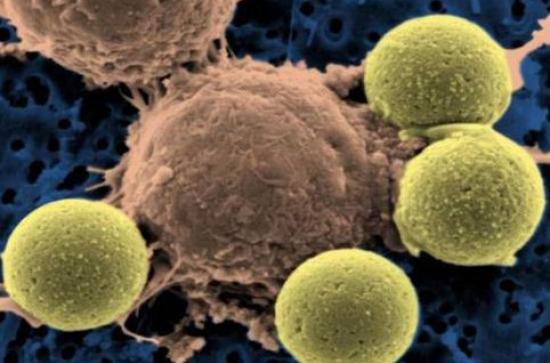 Researchers have identified cells in our immune systems that play a crucial role in how the brain repairs itself. This breakthrough could have huge implications for those who suffer with neurological diseases, as scientists believe these cells could be harnessed to develop new treatments to reverse the damage caused by illness such as Multiple Sclerosis (MS).

The key breakthrough was the discovery of the role that ‘T-cells’ play in the regeneration myelin in the central nervous system. Myelin is the protective sheath the insulates nerve fibres in our brain, spinal-cord and optic nerve. MS occurs when the immune system mistakenly attacks the myelin sheath, shredding this protective layer which causes pain, impaired or lost sight and paralysis in sufferers.

Researchers are hopeful that ‘T-cells’ are the key to alleviating some of these symptoms. These cells create a protein which triggers stem cells in the brain to develop into ‘oligodendrocytes’ which repair damaged myelin. While there are medical treatments available to MS sufferers, these are limited to mitigating any further damage being done by the disease while oligodendrocytes have the potential to reverse the harm done to the myelin.

Speaking about the importance of the new research, Dr Yvonne Dombrowski, lead author of the report, explained: “At Queen’s we are taking a unique and fresh approach to uncover how the immune system drives brain repair. This knowledge is essential to designing future treatments that tackle neurological diseases, such as MS, in a new way – repairing damage rather than only reducing attacks. In the future, combining these approaches will deliver better outcomes for patients.”

Senior author of the study, Dr Denise Fitzgerald from Queen’s, experienced a condition similar to MS, called Transverse Myelitis when she was 21 and had to learn to walk again.

Commenting on the findings, Dr Fitzgerald said: “This pioneering research is an exciting collaboration of top scientists from different disciplines at Cambridge, San Francisco, Edinburgh, Maynooth and Nice. It is by bringing together these experts from immunology, neuroscience and stem cell biology that we have been able to make this landmark discovery.

“This is an important step forward in understanding how the brain and spinal cord is naturally repaired and opens up new therapeutic potential for myelin regeneration in patients. We continue to work together to advance knowledge and push the boundaries of scientific knowledge for the benefits of patients and society, in a bid to change lives for the better, across the globe.”

Professor Paul Moynagh of Maynooth University, whose expertise in identifying the protein that unlocks the potential healing power of the brain’s stem cells was crucial in the breakthrough, spoke about his excitement at the discovery. ‘I’m delighted to be involved in this frontier research that deepens our understanding of how the brain and spine are naturally repaired and opens up new therapeutic avenues for sufferers of neurological disease. The potential to exploit these findings to repair damage in cases of multiple sclerosis is especially exciting and holds much promise and hope.”

This work was supported by a number of funders including the BBSRC, Wellcome Trust and Leverhulme Trust.