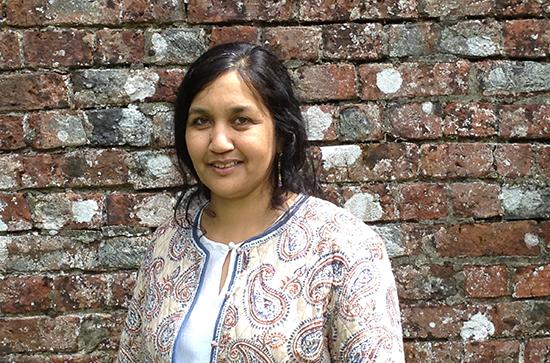 Dr. Chandana Mathur was educated at the University of Delhi and the New School for Social Research, New York, and has been teaching at the Maynooth University Department of Anthropology since 2003. She is a former Chair of the World Council of Anthropological Associations (2016-18) and now a permanent member of its Advisory Board. Currently she serves as the Vice-President of the European Association of Social Anthropologists (2021-23). She has been honoured with a Distinguished Service Award from the International Union for Anthropological and Ethnological Sciences, and a Presidential Award from the American Anthropological Association. She has been a Visiting Professor at the École des Hautes Études en Sciences Sociales (EHESS), Centre Norbert Elias, Marseille (2018-19) and a Visiting Fellow at the London School of Economics (2019-21), and is currently a Visiting Professor at the University of Vienna (2021-22).

Drawing on the perspectives of anthropological political economy and political ecology, her research focuses principally on the contemporary United States, South Asia and the South Asian diaspora. With the historian Deana Heath, she is the co-editor of the volume Communalism and Globalization in South Asia and Its Diaspora (2011: Routledge). Her published work has appeared in such journals as American Anthropologist, Critique of Anthropology, Dialectical Anthropology, Solar Energy, Wiley Interdisciplinary Review Essays – Water (WIREs Water), among others. She is a member of the editorial committee of the journal Dialectical Anthropology, and an Advisory Board member for sapiens.org, an editorially independent magazine of the Wenner-Gren Foundation for Anthropological Research. For a fuller picture, see her interview in the June 2017 issue of American Anthropologist, where she reflects on her trajectory  [IR Link].

She participates in two transdisciplinary EU Horizon 2020 funded projects, WATERSPOUTT and PANI_Water, contributing anthropological perspectives (as part of a Maynooth-based social science team) to research led by STEM scientists working on the solar disinfection of water. She also contributes to the InSPIREurope project funded by the European Commission’s Marie Skłodowska-Curie Actions and coordinated by Scholars at Risk Europe at Maynooth University.

She has supervised 6 PhDs to completion. Her current doctoral students -- Matjaz Pinter, Shirley Howe (Shirley's lead supervisor is Dr Conor Murphy, Geography/ICARUS) and Bhargabi Das -- have all been awarded postgraduate scholarships by the Irish Research Council.