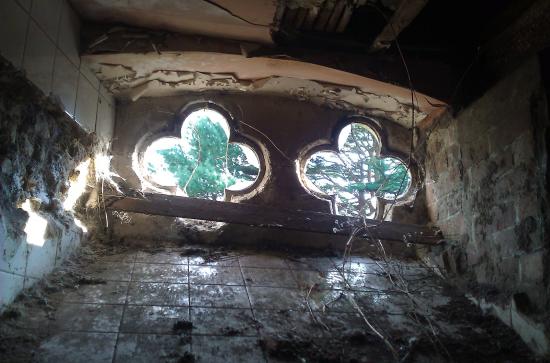 The newly published ‘Magdalene Oral History collection’ makes available testimonies from people that were both directly and indirectly involved with the Magdalene institutions, including survivors of the Magdalene Laundries, relatives, key informants (such as paid hands and medical staff), members of the religious orders, regular visitors and anyone else who had a story to tell that relates to these institutions. In Ireland, Magdalene Laundries were institutions operated by religious orders in which women, called ‘penitents’, worked at laundry and other for-profit enterprises, although they were never paid for their labour and were denied freedom of movement. The last Magdalene institution ceased operating as a commercial laundry on 25 October 1996 (http://www.irishtimes.com/culture/last-days-of-a-laundry-1.89388).

The Magdalene Oral History Project was a Government of Ireland Collaborative Research Project and was funded by theIrish Research Council. The overall objective of the project was to contribute towards a better understanding of the system of Magdalene institutions that existed in Ireland in the twentieth century. Personal testimonies from informants, including 35 survivors, were gathered as part of the research project ‘Magdalene Institutions: Recording an Oral and Archival History’ that was led by Dr Katherine O’Donnell, then the Director of the Women’s Studies Centre at University College Dublin now in UCD’s School of Philosophy  and her research team, Dr Sinead Pembroke and Claire McGettrick. Over the coming months these oral histories, in the form of interview transcripts and audio recordings, will be published in traunches by the Irish Qualitative Data Archive (IQDA), see https://www.maynoothuniversity.ie/social-sciences-institute/research/iqda in the Digital Repository of Ireland https://repository.dri.ie/.

The pilot phase of the Magdalene Oral History Project was conducted in 2012 in conjunction with the survivor advocacy group Justice for Magdalenes (now JFM Research) with support from the Feminist Review Trust. This project involved the gathering of testimonies from survivors, family members and others with experience of the Magdalene Laundries for the purposes of submitting evidence to the Inter-Departmental Committee on the Magdalene Laundries. The pilot phase project followed the ethical guidelines that had been drawn up by Dr O’Donnell for the Irish Research Council project, and witnesses were given the option for their testimonies to be included in the oral history archive.

The Magdalene Oral History Project began in October 2012 and most interviews were conducted from that time until September 2013.  A key objective of the project was to make interviews and archival documents as widely available as possible to the public, nonetheless this had to be balanced with the ethical protocol to protect the confidentiality and privacy of all participants.  Interviewees were strongly advised to use pseudonyms, however some survivors felt very strongly about being identified and they were supported in this as the project makes a distinction between secrecy and privacy.  Each oral history was anonymised on a case-by-case basis; named individuals were given pseudonyms except where permission was given or if they are public figures, while locations and dates were accurately transcribed unless they impact on a vulnerable individual.  The audio files will also be anonymised unless the interviewee has requested that they are destroyed following transcription.  To ensure privacy, each oral history has a pseudonym key which is password-protected and securely held, and interviewees can choose whether they wish their identities to be released at some time in the future or not at all.  The redaction process is conducted transparently, with amendments noted on a cover sheet accompanying each transcript. (Adapted from: http://www.qub.ac.uk/research-centres/isctsj/filestore/Filetoupload,418340,en.pdf)

The Magdalene Oral History Project archive contains 80 oral history testimonies (from 91 interviewees), averaging over two hours each, which will be published in the DRI repository as the Magdalene Oral History collection https://repository.dri.ie/catalog/dn39x152w. As of November 2015, seventeen publicly available transcripts have been published with more to follow in the coming months.

The research team were guided by IQDA staff on best practice for preparing interview data for long term preservation and dissemination through the DRI, whereby an assessment of the sensitivity risk of each interview file was conducted (see IQDA Best Practice in Archiving Data guide for more on this), and access conditions were assigned according to the degree of sensitivity identified. Data that was deemed suitable for public release will be made available under a Creative Commons licence (CC-BY-NC) and in some cases only an anonymised version of the transcript will be publicly released under this licence. While the majority of the transcripts will be anonymised, a small group of testimonies are from women who are already in the public domain on the issue. In addition the researchers were mindful that the release coincided with the establishment of a public redress scheme for survivors of the Magdalene Laundries, therefore the release date of the first tranche of transcripts was postponed to late 2015.

By sharing this collection digitally through the DRI, the researchers intend that a wide community of scholars, teachers, artists and policy makers will be able to gain knowledge of our recent past to better understand how abusive systems came to be established and to make better decisions about the vulnerable in our communities. The intention is that this collection will form the basis of new educational programmes, art work (such as documentaries, films literature and paintings), and public policy initiatives. In 2013 Professor Gordon Lynch and TrueTube collaborated with the Magdalene Oral History Project to produce an educational video and lesson plans designed to introduce British and Irish 16-year old students to the ethical issues raised in consideration of the Magdalene Laundry system, which can be found herehttps://www.truetube.co.uk/film/magdalenes . In 2014 the British Universities Learning On Screen Awards: awarded this project First Place for Courseware & Curriculum Non-Broadcast Award and it was also Short-listed for St Martin’s Trust Religious Broadcasting Award (Internet Section).

Linked to the digital collection on the DRI, over 5,000 pages of archival materials will also be made available through UCD Archives. These materials include comprehensive papers from the Justice for Magdalenes campaign focusing on State involvement with the Magdalene institutions, which are currently being digitised at Waterford Institution of Technology.  The archive also includes laundry account books for the Limerick Magdalene which seem to detail extensive commercial activity and electoral rolls which provide a register of the women held in the laundries, which has been an unexplored resource to date and most valuable in terms of the lack of access to the records held by the religious sisters. The collection also includes personal collections of papers from interviewees, artists and activists.

Further information on the Magdalene Institutions project can be found herehttp://www.magdaleneoralhistory.com/oralhistories.htm. Please note:  Magdalene Institutions project is no longer conducting interviews however academics at Waterford Institute of Technology have established a similar oral history project. Those interested in being interviewed should visit the project's website here http://www.waterfordmemories.com/ or contact Dr. Jennifer Yeager at jyeager@wit.ie or 051 302251. 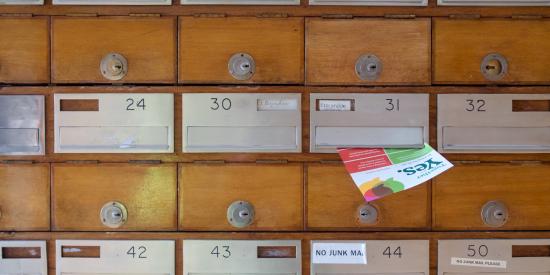 The Digital Repository of Ireland is celebrating the launch of a new project that will provide long-term preservation and access to at-risk materials generated by the women’s reproductive health movement during the campaign in the approach to the 2018 referendum on the 8th Amendment.

RACcER collection now available in the Digital Repository of Ireland

The data collection 'Re-use and Archiving of Complex Community-Based Evaluation Research (RACcER)' is now available through the Digital Repository of Ireland. 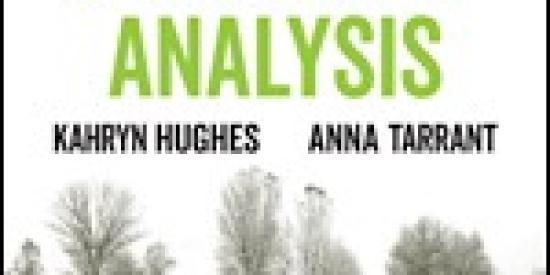 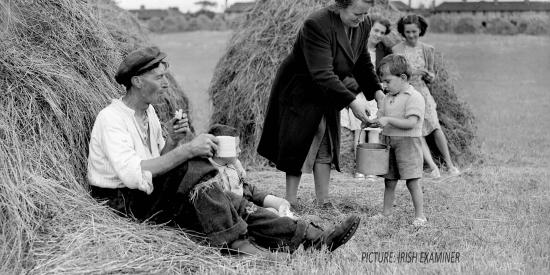 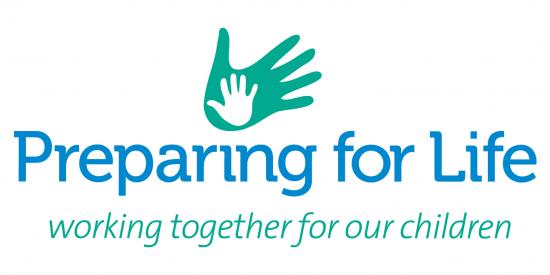 IQDA is pleased to announce that a collection of qualitative interviews carried out as part of the Preparing for Life Programme has been deposited in the archive and published in the Digital Repository of Ireland. 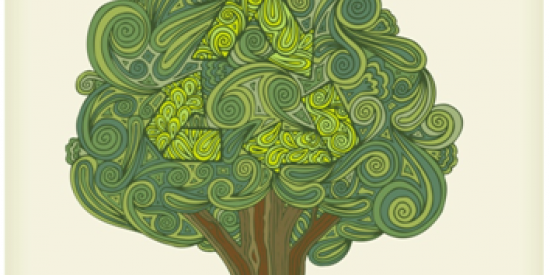 A new article in the journal Quality and Quantity highlights the potential that archiving creates for 'big qual' data analysis. 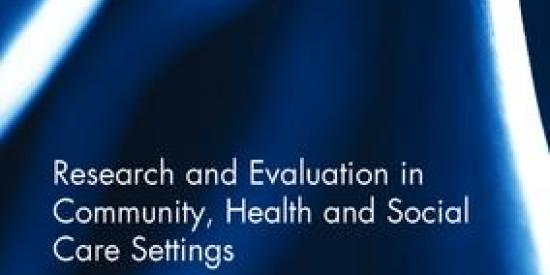 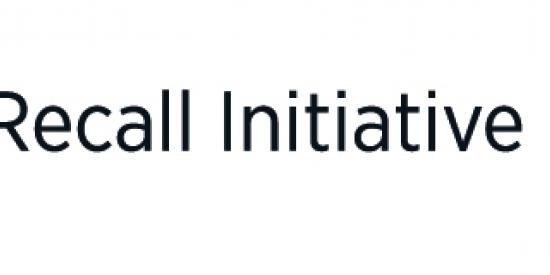 Data from 'The Recall Initiative' and 'Women's Experiences of Labiaplasty' now available. 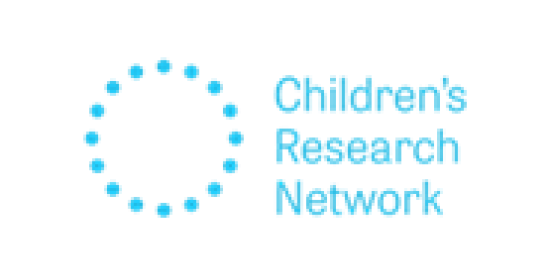 The Children's Research Network has published a special issue of the Children’s Research Digest on the theme of “Archiving Evaluation Data,” edited by Maja Haals Brosnan and Jane Gray.