Kildare County Council Library & Arts Service in partnership with the department of Media Studies and English at Maynooth University invite you on the first Wednesday of every month to view a fantastic range of high quality cinema from around the world.

Come early and enjoy our continuing series of Irish short films curated by writer and filmmaker Caroline Farrell.  The contribution to any film is greatly enhanced by the essential role of director of photography, aka, the cinematographer, so this season, the short film programme theme is Celebrating Cinematography - a series of sort films with a focus on Irish cinematographers. Complementary tea, coffee, water is available and for those who can stay late - join us for an informal discussion following the screenings.

Box Office
Admission: €8.00, €5.00 concessions*
Tickets are on sale in the auditorium from 7.30pm.
*Concessions: Students with valid ID, Over 65's; unwaged; Maynooth University staff and employees

Venue
Iontas Building, North Campus, Maynooth Unversity.
Parking is free! Paid parking is not enforced on the campus in the evening.

To her friends, Halla, leads a quiet and routine life.  But her happy and upbeat exterior hides a secret double life as a committed environmental activist.  Known to others as "The Monutain Woman", she wages a one-woman-war on the local aluminium industry to protect the stunning highland landscape that is under threat.  Funny, moving and utterly unique, WOMAN AT WAR follows Halla as she juggles the adoption of a beautiful little girl whilst planning her final act of industrial sabotage.

The latest from critically acclaimed Zhang-ke Jia (A Touch of Sin, 13) is a crime melodrama that unfurls through a three-part story in different time frames.  Qiao, the moll of minor gangster Bin, goes to proson to protect him.  Upon her release five years later, she discovers he has abandoned her.  Seeking revenge, she sets out to track him down.

Like many others, German refugee Georg has fled Paris to escape the impending war.  He has assumed the identity of a famous but deceased writer, and plans to use the man's documentation to obtain a transit visa and immigrate to Mexico.  But when Georg encounters the dead man's wife Marie in Marseille, he finds himself dangerously drawn to her.

An eerily atmospheric, poignant, disquieting movie about 21st century luxury and the invisible servant calss required to maintain it. Director Lila Avilés shines a light on the life of a woman who crosses paths with many but is seen by few.

Pedro Almodóvar has found a more intensely personal register than ever for his tender new movie about an ageing film director in retreat from his profession, facing ill health, depression and the decline of is powers.

March 4th - BUMP ALONG THE WAY

When Pamela, a fun-loving 44-year-old single mother becomes pregnant from a one-night stand, she is shocked!  Shelly Love has crafted a well-observed film which sensitively explores the middle-aged female experience, something that's rarely portrayed with such authenticity on the big screen.

A shy film student begins finding her voice as an artist while navigating a turbulent courtship with a charismatic man.  She defies her protective mother and concerned friends as she slips deeper and deeper into an intense, emotionally frought relationship. 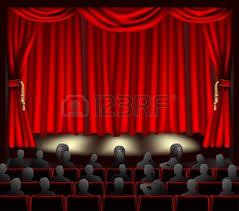 You suggest.... A listing of recent film releases will be circulated to our audience in April. We'll invite nominations for preferred choices and the film with the most votes will be screened on 6th May.