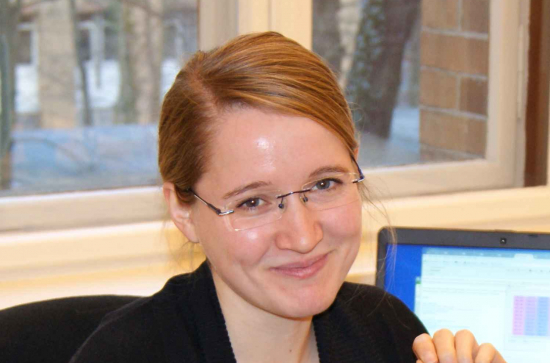 Join us online via TEAMS

The  Atlantic  Meridional  Overturning  Circulation  (AMOC)—one of Earth’s major ocean circulation systems—redistributes heat on our planet and has a major impact on climate. Its past and future strength are therefore of major interest, but the system is not easily measured.

In my presentation I will present a consistent picture of the evolution of the AMOC over different time scales and from different sources: From the about 15 years of direct continuous observational data, over reanalysis products and ship measurements to temperature and ocean sediment proxy data.

The overview shows that while the AMOC displays a large amount of natural variability over the different time scales, its behaviour over the last one to two hundred years is unprecedented compared to the last 1,600 years and it is fairly certain that the AMOC over the last decades has been weaker than ever before in that time  period.

Levke Caesar joined ICARUS in October 2019 as part of the A4 project. She studies how the North Atlantic has changed in recent decades, looking at both natural variability and the response to global warming. Previously, she completed her PhD in climate physics at the Potsdam Institute for Climate Impact Research in Germany. Her research topic was the evolution of the Atlantic Overturning Circulation and its impact on the Earth System. Part of her findings that showed that the AMOC has slowed down by about 15 percent since the mid-20th Century.
Geography - Seminar The evolution of the Atlantic Meridional Overturning Circulation from Decades to Millenia