Philosophical Seminar: Dr Haydn Gurmin ' 'Neo-Darwinism and the Problem of Free Will’'

The question of free will is a perennial one. With new insights from modern science much reflection is given again to the problem of determinism, and the possibility of human freedom. Richard Dawkins, a neo-Darwinian scientist, argues that our genes need to be taken into account when considering the question of whether we are free. Daniel Dennett, a neo-Darwinian philosopher, also writes about free will from the perspective of an evolutionary framework. Moreover, both Dawkins and Dennett operating from within the neo- Darwinian framework, argue for the possibility of freedom, against the backdrop of determinism/ materialism. One other thinker arising out of the neo-Darwinian framework is the neuroscientist Sam Harris. In his short publication Free Will, Harris argues that the concept of free will is incoherent, he appeals to arguments from neuroscience to ‘prove’ that we are not free, outlining that the content of experience is not a free choice, the content is produced out of a complex interaction with the individual, and the environment. For a human being to truly have a free choice, Harris contends we would need to be given access to everything that gives rise to the choice. As Harris draws from findings in neuroscience, discussion will be given to the question of Benjamin Libet’s famous neurological experiment, and the wider discussion of consciousness. The paper argues for the possibility of a compatibilist model of free will in line with Dawkins and Dennett’s approach. Concluding that the naturalist model of explanation has a lot of detail to furnish before it could be proven (cf. Harris) that free will is an illusion. 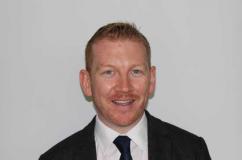 J. Haydn Gurmin has lectured in philosophy at Maynooth University, St Patrick’s College Maynooth and Dublin City University. He holds degrees in philosophy from Maynooth University, University College Dublin, and the Pontifical University at Maynooth. He completed his Ph.D. on the topic  'A Study of the Development and Significance of the Idea of the 'Image of God' from its Origins in Genesis through its Historical-Philosophical Interpretations to Contemporary Concerns in Science and Phenomenology'. He is currently the Hon. Secretary of the Irish Philosophical Society, and was a Founding-Secretary of the International Association for the Study of the Philosophy of Edith Stein. He has recently co-edited a volume on 'Stein - Intersubjectivity, Humanity, Being: Edith Stein’s Phenomenology and Christian Philosophy' (Bern: Peter Lang, 2015). His research interests are in philosophical theology, phenomenology, and the philosophy of science (particularly evolution).