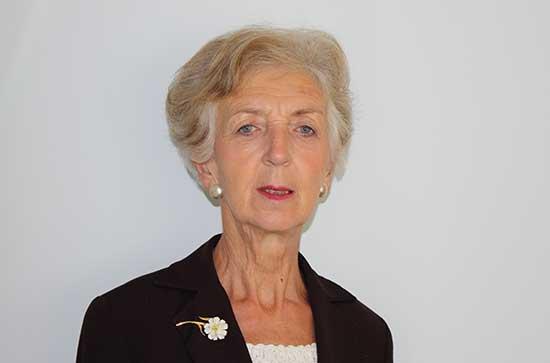 Anastasia Crickley, Vice President CERD speaks at a UN Human Rights Council event to mark 50 years since the adoption of the International Convention for the Elimination of all forms of Racial Discrimination by the UN General Assembly.

On the first day of the March Human Rights Council meeting Anastasia, who is vice president of CERD joined;

as speakers at an event to mark the historic occasion of half a century ago when CERD, the first of the 9 Human Rights Treaties was adopted.  She reminded the assembled guests that the inclusive and comprehensive definition of racial discrimination of 50 years ago remains today the most relevant tool for human rights holders and duty bearers to act according to their respective responsibilities.  According to the definition-
The term “racial discrimination” shall mean any distinction, exclusion, restriction or preference based on race, colour, descent, or national or ethnic origin which has the purpose of effect of nullifying or impairing he recognition, enjoyment or exercise, on an equal footing, of human rights and fundamental freedoms in the political, economic, social, cultural or any other field of public life”

Since 1985 she said some things have changed like the apartheid regime in South Africa but full freedom from racial discrimination has not been realised and new challenges have emerged, including through the advance of the internet, the experience of migrants, refugees and asylum seekers, the offensive use of hate speech and the continued horrors of ethnic cleansing.

CERD has sought to clarify and explain its understanding of racial discrimination over the last fifty years in the light of unfolding global events and issues, through its work, concluding observations, country examinations, general recommendations and procedures.  Some of the concepts that are part of today’s struggle were already, present in the definition e.g. the distinctions between ethnicity and nationality, intention  and effect, and the need to include both direct and indirect action.  General Recommendations (of which CERD has 35) prepared inclusively with all stakeholders have helped articulate other issues.  These include the important concept of intersectionality which facilitates CERD t o examine the particular and  pervasive forms of racial discrimination experienced by women from minorities particular kinds of discrimination experiences by Roma and Travellers.  Indigenous Peoples , Refugees and Asylum seekers.  CERD has also tackled issues for migrants and non citizen, racial profiling and most recently Hate Speech.

These are crucial to CERDS continuing relevance and to the implementation of the convention as a living instrument with continued work in progress- Anastasia said.
She spoke also about CERDS follow up procedure and the unique follow up visit invited by the Irish Government in 2006, as well as cooperation with states, UN Agencies and NHRIs and NGOs.   CERD was the first Treaty Body to have an “a” status National Human Rights Institution as part of its process and also played a leading role in supporting and facilitating NGO engagements, including most recently web casting of sessions from which she thanked IMADR.  She expressed concern regarding over due reports among the 177 ratifications by states, epically the 31 overdue for more than 5 years and the 25 overdue for more than 10 years.  She concluded by reiterating the urgent need, in the light of widespread global rights denial to redouble efforts to eliminate racial discrimination as fundamental evil affecting global peace with perverse regional consequences as the harbinger of suffering and stigma for so many millions of women, men and children.