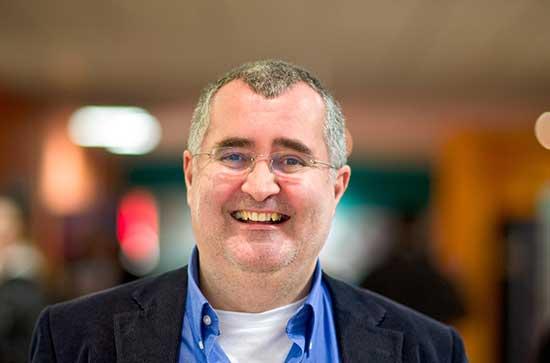 Seamus Taylor, Maynooth University Lecturer in Social Policy, has been appointed independent chair of the London Hate Crime Scrutiny Panel, which examines the handling of hate crimes by the police, prosecutors and the courts in London.

One of the key roles of the panel is to consider successful and unsuccessful cases of racist, religious, homophobic and disability hate crimes and crimes targeting older people. The Scrutiny Panel comprises members of London’s diverse communities, an independent senior counsel, police, prosecutors and judiciary, working together to review how individual cases/situations were handled and identifying areas for improvement.

Commenting on his appointment, Seamus Taylor said: “I look forward to taking on the role of independent chair of the London Hate Crime Scrutiny Panel. As we live together in diversity it is important that we respect and protect that diversity. Part of that protection requires us to tackle hate crime. Tackling hate crime is important in building community cohesion. Targeted harassment and violence undermines the victims and the ability of their communities to belong in wider society. My first panel session will scrutinise the handling of religious crimes in London, an important and sensitive issue at this time. I look forward to working with community and criminal justice partners to advance progress in this area. I also am keen to see what can be learnt in the Irish context from this initiative.”

Professor Maurice Devlin, Head of the Department of Applied Social Studies at Maynooth University, said: “We are very pleased that Seamus Taylor has been asked to chair this Scrutiny Panel. Seamus has an outstanding record and an international reputation for his work on equality and the law and there is no one better placed to undertake this important and timely task.”

Commenting on this appointment, Baljit Ubhey OBE, Chief Prosecutor for London, said: “To have someone with Seamus’s knowledge and experience chair the Hate Crime Scrutiny Panel is a real boon to the Prosecution Service and indeed to victims and witnesses of hate crime in London. We know that improving our service cannot be done effectively in isolation and we put great value on the insights of members of our community led panel. Seamus will play a key role in helping to ensure our response to tackling hate crime meets the needs of those directly affected by these crimes.”

Seamus Taylor will work alongside Elish Angiolini QC, Head of St Hugh’s College, Oxford University, who will chair a parallel panel on the handling of cases of violence against women across London.

Note to Editors
Seamus Taylor is a lecturer in Social Policy at Maynooth University. He has held previous posts of Director of Equality and Diversity at the Prosecution Service for England and Wales and Director of Strategy at the Commission for Racial Equality in Britain, where he led changes to race relations legislation following the Stephen Lawrence Inquiry. He was commissioned by the Equality Authority to produce a report on racist incidents and crime in Ireland (2011). He is editing a forthcoming volume on Hate Crime in Ireland with Dr Amanda Haynes and Jennifer Schweppe from Limerick University. He also serves as vice chair of the Irish Penal Reform Trust.

Seamus was awarded a CBE in the British Honours system in 2010 in recognition of his work to place equality at the heart of the legal system in Britain.