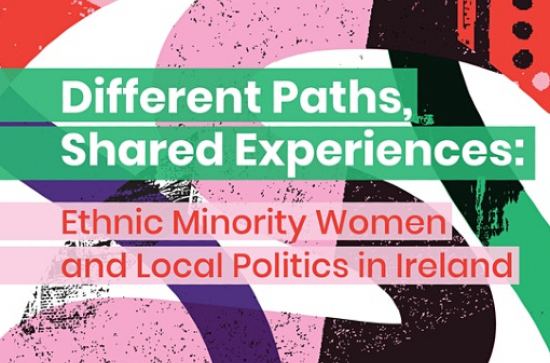 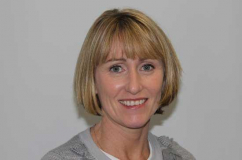 Women candidate quotas for Irish elections should incorporate a quota for ethnic minority women to help tackle the issue of their underrepresentation in elected office, according to a report published today.

The research was funded by the Irish Research Council, and the Department of Children, Equality, Disability, Integration and Youth. The research was conducted in 2021 and involved interviews with minoritised women who may have considered running or will run for election as well as unsuccessful former candidates, ethnic minority women who hold public office, representatives of political parties, advocacy organisations, and stakeholder groups.

Dr Cullen said that campaigning and canvassing were found to be a mixed experience, positive in some respects but at times discouraging. As one interviewee said: ‘some people they just open the door, it’s enough to see your face and shut again.’

“For Traveller, Roma and Black women racialised identities carry specific penalties although all migrant women experience forms of racialised and racist abuse. This is most evident in social media but also in the general representation of minorities in traditional media. Experiences of abuse ranged significantly from racism and sexism on and offline, to sustained ‘in person’ racist and sexist harassment, abuse and intimidation.”

Dr Pauline Cullen said that one of the interviewees described how racist and sexist incidents affected her while canvassing: ‘(it) actually puts the fear of God in me in a way, that I wasn’t able to cope and then gave me a thing of wanting to always have eyes in the back of my head because (during) the canvassing you don’t know who is following behind you’.

Dr Cullen said that the minoritised women who took part in the research shared experiences of exclusion from electoral politics at the same time as they engaged in essential political work in building their own communities.

“For Traveller and some black women, community activism was more likely to be in service of their own communities with less involvement in majority community organisations. Much of this kind of work is less recognised as leadership or political work and is not usually where political parties look to when recruiting candidates.”

Dr Pauline Cullen acknowledged that political parties have demonstrated their intent to ‘diversify’ and improve outreach to minoritised women – although Travellers experienced ongoing weak demand for their votes and candidacy from the parties.

“However, anti-racism has not yet become a core organisational capacity of parties and for some parties satisfying existing gender quota requirements is an ongoing challenge that supersedes efforts to attract more diverse candidates.”

Dr Cullen pointed out that training programmes are helpful and are evolving to become more inclusive, and attuned to the specific obstacles facing minoritized women but they require resourcing and systemic input from ethnic minority women and their organisations.

NTWF’s Maria Joyce said that the research shows that the range of current interventions to increase the number of women in local politics will increase gender parity there, but they will not deliver the change required for minoritised women to access local politics such as the issue of Traveller political participation which remains the issue hiding in plain sight. Maria Joyce also highlighted the need to address critical issues of sexism and racism.

“Increasing minoritised women’s inclusion in local politics will require confronting the sexism, racism and other forms of discrimination including the normative whiteness of public life that combine to discount minoritised women’s political imagination and diminish their political agency. Combating the underrepresentation of minoritized women in politics then demands specific and targeted measures including nested quotas for ethnic minority women in wider gender quotas.”
Maria Joyce outlined some of the key measures recommended in the report in this regard:
• State should legislate for local election gender quota of 40% women candidates incorporating a quota for ethnic minority women as well as reserved seats for Travellers at the local level;
• Provision of a basic wage by the State for minoritized female candidates for the duration of election campaign and campaign funding should be allowed to be used for childcare;
• Include a requirement in the State funding scheme for political parties to diversify their membership and candidate lists;
• Provision of inclusive leadership, training, and support programmes by political parties, their youth wings, and civil society organisations as well as scholarships and internships across the media and public sector;
• Remove any barriers to voter registration for Traveller, Roma, and other ethnic minorities as well as comprehensive voter registration and awareness campaigns;
• Implement hate crime/speech legislation and provide for anti-racism and anti-sexism media codes of practice.