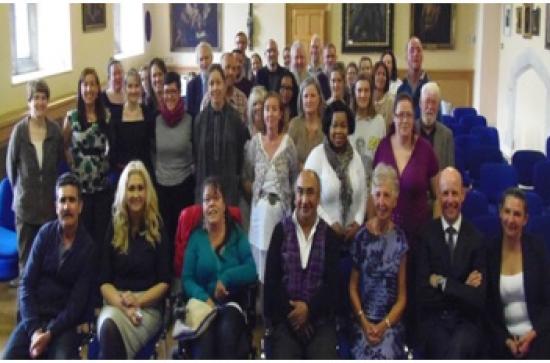 In the beautiful surrounds of Renehan Hall, Jose Francisco Cali Tzay addressed a room full of participants drawn from national and local government, civil society groups and academics, speaking in his native Kaqchikel. He likened the confusion he saw on their faces to the confusion experienced by indigenous communities when confronted with officials and others who neither spoke the language, nor understood the culture of the community they arrived to work with. This address set the tone for a seminar that combined the personal and the political; linking lived experiences to global frameworks for addressing racism, discrimination and the inequality that inevitably emerges as a result.

As the first member of any indigenous minority to chair a UN treaty body, Cali Tzay provided a unique perspective on engaging with global institutions. Building on his experiences as leader of a number of Indigenous Peoples’ organizations, Human Rights bodies and governmental agencies defending Indigenous Peoples Human Rights in Guatemala and internationally, Francisco has provided critical leadership to CERD as they review the adherence of countries to their commitments under the treaty. This included, most recently, examining the reports of countries such as Iraq and the USA, where racism has played out in two different but equally worrying manners in recent months.

At Maynooth University however, the global focus settled in on the localised experiences of minority groups in Ireland, as Martin Collins, Brigid Quilligan and Monika Makulova reflected on the experiences of Traveller and Roma communities in achieving recognition and realising rights at a local and national level.

Reflecting on the importance of work embedded in strong values, Martin Collins spoke about the challenge of working in and against the state, of being able to one day negotiate within government buildings and on another to protest outside. Brigid Quilligan powerfully recalled the challenges she faced as a Traveller woman, while expressing her deep pride in her identity. Monika Makulova called for the development of an effective Traveller and Roma strategy, questioning how access to health education and other basic services remain such a challenge for some groups in 2014.
Chairing the session, Anastasia Crickley noted the importance of local and national organisations engaging with regional and international instruments. Using CERD as an example, she described how NGOs and CSOs internationally have used shadow reporting mechanisms and direct advocacy as a method to highlight issues at a national level. Anastasia noted that Ireland has a number reports and reviews in train and urged participants to be aware of Ireland’s commitments at an international level and how they might be used to highlight issues at a local level.