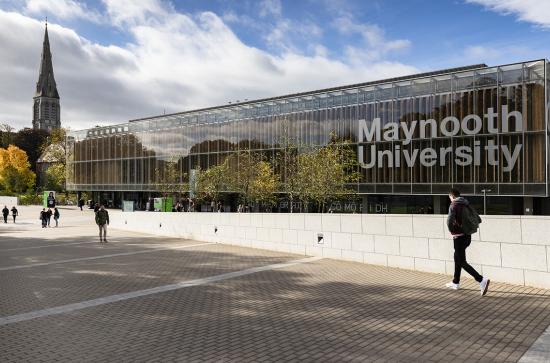 The Maynooth Arts degree has this year recorded the highest number of applications of any course in the CAO system, reflecting the popularity of the flexible Maynooth curriculum in which students can progressively specialise. Applications for the degree increased by 9%.

Several programmes at the University have seen a substantial increase in first preferences including Computer Science (+46%), Engineering (+39%) Biotechnology (35%), and Social Science (+27%).

There has also been strong interest in the new BSc in Biological and Geographical Sciences degree, introduced in 2020, which offers students the opportunity to study various areas of climate change, ecosystems, landforms, and how human activity impacts on our ecosystem both locally and globally. The BSc is offered by two academic departments of international repute, with first preferences rising by 52% year on year.

Similarly, the University has received significant applications for the new full-time four-year BA Early Childhood - Teaching & Learning. The course has been offered for the first time in 2021 in response to the increasing requirement for early childhood graduates to work in this growing sector.

Commenting on the figures, Prof Philip Nolan, President of Maynooth University, said: “Today’s CAO figures, together with Maynooth University’s position as the highest-ranking Irish university in the Top 50 Young Universities in the world, are key indicators of our innovative curriculum, offering students an extraordinary level of flexibility and control over their educational experiences. Maynooth University offers students the kind of education that will equip them with the critical skills and ability to adapt to today’s rapidly changing job market.”
“We look forward to welcoming our new students for the academic year 2021-2022. Maynooth University is a vibrant and stimulating place to study and we continue to invest and innovate to ensure that we offer our students a world class education and experience.”

About Maynooth University
Maynooth University is ranked in the top 50 global universities under 50 years old, achieving a ranking of #43 worldwide, and #1 in Ireland, in the latest Times Higher Education (THE) Young University Rankings. Tracing its origins to the foundation of the Royal College of St Patrick in 1795, Maynooth University was formally established as an autonomous university in 1997. Maynooth is Ireland’s fastest growing university with more than 13,000 students, including almost 1,600 taught postgraduate and professional students and over 400 research students.