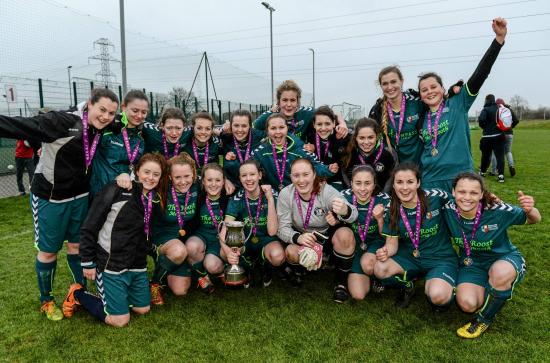 Two goals from Amber Barrett gave Maynooth University victory over IT Carlow and their first ever Womens Colleges and Universities Premier League title in a hard fought decider at Leixlip Utd.

Donegal born Barrett struck the opener coming up to the half hour mark firing past Carlow ‘keeper Jackie Kinch after Sara Lawlor had cleverly worked the ball to her from a Maynooth throw in. The pair combined again in the closing minutes when Barrett was on hand to seal Maynooth's win after Lawlor had her weak effort from close in blocked by Kinch. Carlow had posed a real threat in the opening half as striker Claire O'Riordan continually got the better of the Maynooth defence but she failed to test goalkeeper Carol Hanna.