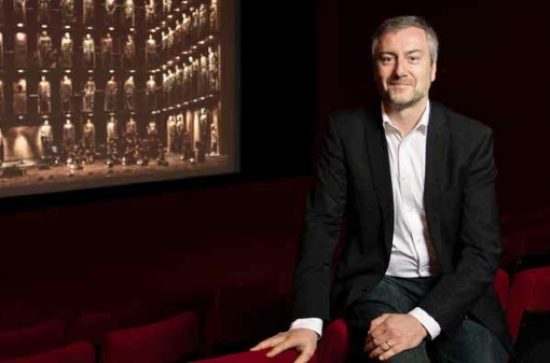 ‘You Are Here: Live Opera at the Cinema’

One of the most unexpected media phenomena of the last decade and a half has been the rise of live broadcasts to cinema. What the industry calls ‘event cinema’ (I prefer the term ‘cinecasts’) transform the cinema from its traditional role as a host for film to a public space for live television relays. Along with spoken theatre and dance, opera has found a foothold in this new medium and regularly boasts audiences in the hundreds of thousands. Still, there is something enduringly strange about attending live events in the cinema, and I am reluctant to suggest that cinecasts have somehow become normalized.

My title takes its cue from a phrase designed to provide locational bearing on a map. Keen to signal their capacity to bridge distance, opera cinecasts solicit the experience of virtual attendance at a remote opera house: you are here. I consider the rhetoric of immediacy and presence invoked by cinecasts, reflecting on our willingness, as audiences, to accept the invitation. But I also consider the potential for failure. What, I ask, if the virtual space of the cinecasts is punctured by awareness of the actual place I occupy? Not an opera house but cinema no. 7 in my familiar multiplex; not part of an audience assembled in New York or London but one of hundreds of micro-audiences, each situated in their local neigbourhoods. You, it turns out, may not be here at all.

Christopher Morris is Professor of Music at Maynooth University. He is author of Reading Opera Between the Lines: Orchestral Interludes and Cultural Meaning from Wagner to Berg (Cambridge, 2002) and Modernism and the Cult of Mountains: Music, Opera, Cinema (Ashgate, 2012), as well as chapters and articles on opera and topics in music for screen. Recent publications include “The Deadness of Live Opera”, in Performing Arts in Transition: Moving between Media (Routledge, 2018) and “Casting Metal: Opera Studies After Humanism”, Opera Quarterly (2019). He co-edited, with Antonio Cascelli, the volume Re-envisaging Music: Listening in the Visual Age for the journal Chigiana (2021). Christopher was recently appointed Co-Editor of The Opera Quarterly. His third book, Screening the Operatic Stage: Television and Beyond, is in press at University of Chicago Press.