5 things a Citizens' Assembly on drug use should consider 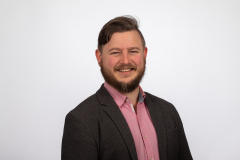 The Citizens' Assembly provides a unique opportunity to learn from elsewhere and develop an evidence-based response to drug use, writes Dr Ian Marder, School of Law and Criminology

Earlier this year, the Irish Government began preparing for a Citizens' Assembly on Drug Use in 2023. Citizens' Assemblies bring people together to discuss important legal and policy concerns and make recommendations to the Oireachtas. They have been used to explore legal changes on controversial constitutional issues (including same-sex marriage and abortion) and, more recently, on the broader topics of gender equality and biodiversity loss.

Drug use is a suitable topic for an Assembly. It polarises and inspires strong emotions among people. It also provides a serious challenge for the Government. The latest European Drug Report shows that Ireland has the EU’s joint-highest (with Sweden) rate of drug-induced deaths among our 16-64 year-olds, with growing crack cocaine use complicating the provision of support.

Criminalisation has not worked: it is not grounded in evidence or respect for human dignity. Ireland will benefit from an opportunity to assess the vast international research on health-led approaches. So, what questions should the Citizens' Assembly consider, and what can we learn from elsewhere?

Should the possession of drugs for personal use be decriminalised?

Criminalising drug possession results in a reliance on punitive measures that do not deter drug use, while draining resources that could be invested in evidence-based services. It also creates a stigma around drug use, making people with addictions reluctant to seek help.

Countries around the world are increasingly decriminalising drug possession. In Europe, Portugal led the way, decriminalising all drugs in 2001 and introducing a diversion scheme. Twenty years on, drug deaths have declined in Portugal, while rising across the EU. New HIV diagnoses attributed to injecting drugs, and the use of imprisonment for drug offences, have also plummeted.

According to UN estimates, over 30 countries have decriminalised drug possession for personal use in some form. In Ireland, decriminalisation could encourage service development and take-up, change societal attitudes towards people with addictions, and cease the counter-productive use of punishment for possession offences.

What services are needed to reduce harm?

The UN estimates that, globally, around 500,000 people died from drug use in 2019 – mostly from chronic liver diseases linked to hepatitis C acquired from unsafe injecting, or overdoses from opiates and synthetic opioids, such as fentanyl. Governments can reduce the harmful consequences of drugs by providing harm reduction services to address disease transmission and overdoses. These seek to target the adverse health, social and economic consequences of legal and illegal drug use, rather than consumption itself.

Some services are well known and widely accepted. Needle exchanges are common, with good evidence that they reduce HIV transmission and risky injecting behaviours. Others remain controversial or undeveloped in Ireland, despite growing use elsewhere and a strong evidential basis. These include emergency overdose antidotes, drug checking services, supervised injection facilities (SIFs) and heroin-assisted treatment.

Although legislation from 2017 permits the establishment of SIFs in Ireland, and the head of the EU drugs agency recently branded them 'key instruments’ in harm reduction, local opposition to a pilot facility in Dublin has so far prevented its opening.

Should any drugs be legalised for recreational use?

Readers will be familiar with the legal framework for alcohol in Ireland: its production and sale are legal, but regulated. Several jurisdictions are exploring similar legal frameworks for the recreational consumption of cannabis. Cannabis is now legal in Canada and many American States. Some European countries, including Luxembourg and Germany, are actively considering legalisation, including personal cultivation. For some drugs, the benefits of legalisation over decriminalisation may be health-related (consumers know what they are buying) and economic (increasing tax receipts at the expense of organised crime).

Medical use and research

Many illegal drugs are available for limited medical purposes. Yet, the criminalisation of psilocybin, LSD, MDMA and other substances prevents medical research exploring their therapeutic benefits. Ireland is currently halfway through a Medical Cannabis Access Programme pilot. This is a crucial first step, albeit the programme restricts access to people with a small number of conditions. Ireland’s legal framework should permit such research – especially as the Government positions us as a global hub for healthcare innovation.

Reparation for the 'war on drugs'

The Assembly must consider the devastation that the war on drugs has wrought on marginalised communities. If drugs are decriminalised, we must expunge criminal records stemming from drug possession, for example. Ireland can also use the opportunity to address mistrust between working class and ethnic minority citizens and the Garda Síochána, emerging partially from the inequitable enforcement of drug laws and concentrated use of police powers in poorer, more diverse areas.

Globally, the momentum is with health-led approaches. Yet, proposed changes in Ireland to date have been disappointingly limited, indicating a reluctance to change.

In 2019, the Government declared a ‘health-led approach’, involving mandatory referrals to the HSE. While the Health Minister admitted that ‘the war on drugs has not worked’, this policy was criticised for applying only to adults caught in possession for the first time, with justice interventions retained for further offences. It is improbable that the people who are most likely to suffer severe adverse consequences from drug use will benefit from this change.

Recent reports suggest that the voices opposing change have much greater access to policymakers and influence over public opinion than their misconceived position warrants. The Citizens’ Assembly provides a unique opportunity to learn from elsewhere, understand the harm that the war on drugs causes, and develop an evidence-based response to drug use.

This article was originally published on RTE Brainstorm.