Are children going out of fashion? 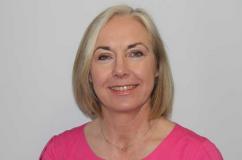 When footballer Mesut Özil married model Amine Gülse last year, Turkish president Recep Tayyip Erdoğan served as a witness at the ceremony. In his speech, Erdogan asked the couple to have at least four children. Why?

More than 200 years ago, the Reverend Thomas Robert Malthus hypothesised that when population grows exponentially, it rapidly outpaces our capacity for food production and depletes our resources. Malthus envisioned catastrophe for both humankind and the planet.

But although the theory was popular well into the 20th century, recent demographic projections roundly refute this. Pew Research Center analysis of UN data demonstrates a flattening of the world population curve, a statistical phenomenon with which all of us are now familiar. The rate of growth of the world's population is declining. A recent study published in The Lancet and funded by the Bill and Melinda Gates Foundation, projected a global world population of 8.79 billion by 2100, considerably below previous UN estimates.

The key factor driving this demographic transition is the behaviour of women. There is a long established causal relationship between access to education and control of fertility. The more education a woman has, the more likely it is for her to enter and remain in the workforce, and to limit the size of her family. This was first identified in the industrialised countries of the north, but has more recently become a global phenomenon.

The fertility rate around the world is dropping. In Ireland, the Total Fertility Rate (average number of children born to women in their child-bearing years) as recorded by the Central Statistics Office has dropped quite dramatically from 4.03 in 1965 to 1.82 in 2016. Although there are many more women in the child-bearing age band today, they have fewer children.

Why is the Total Fertility Rate important? Because for a population to reproduce itself the Rate must be at least 2.1, and no country across Europe today comes close to that figure. In fact, Ireland has the third highest fertility rate in Europe, just behind France and Sweden. Countries such as Spain and Italy have the lowest Rate at 1.3. The dependency ratio is also altering dramatically. This is the number of people in the younger age groups who can support the number of people in the older age categories through taxation, care work etc.

Traditionally, we think of population as a pyramid structure with lots of people at the base, and progressively fewer as you move to the top. But that structure has now been inverted and particularly so in western societies. Low birth and death rates are combining to create major new challenges.

One solution has been to promote immigration, which helps to bolster the numbers of those in the working age category in a receiving country and also to plug gaps in healthcare, social care, domestic labour, farm work and hospitality. But in the context of a resurgent nationalism, many countries have become more wary about free movement across borders. For instance, post-Brexit, the UK is intent on introducing a more restrictive approach to immigration policy.

A more controversial solution, and one in line with an anti-immigration stance, is to pursue policies that promote higher birth rates among the native population. History teaches us that pro-natalist policies often have the effect of weaponising childbearing for political ends. After World War I saw millions of lives lost, many European countries developed pro-natalist policies to bolster population. In the 1930s, Stalin reversed liberal birth control and abortion rights in favour of promoting multiple births. Nazi Germany deployed pro-natalism as part of its heinous aim to create a racially pure, super race in Europe, with German women actively encouraged to leave the workforce and produce children for the fatherland.

Many of us will be aware of the devastating impact on Romanian women and children of the pro-natalist polices pursued by the Ceausescu regime from 1966 till the fall of the Berlin Wall in 1989. Through a system of sanctions (banning of abortion and birth control pills, a celibacy tax) and incentives (extra subsidies and rations for each new child born), the regime sought to increase the population. The policy underpinned the regime’s aims of maintaining a Romanian majority in multi-ethnic regions, ensuring a supply of young for military purposes and offsetting an ageing population.

Today, Turkey pursues what one sociologist has called a reproductive governmentality, with Erdoğan advocating for women to have more children. In Hungary, Viktor Orban pursues a similar agenda and strongly opposes immigration as a solution to population decline. Instead, he advocates a procreative solution, which includes such incentives as interest-free loan for families, which do not have to be paid back if the couple have three children; write down of mortgages if families have three children, with further reductions for each child born thereafter; permanent exemption from paying income tax for women who have four or more children, and subsidies for larger family cars.

In March 2020, the Özils welcomed a baby to the world so maybe they plan to act on Erdoğan’s advice. But we know from history, that pro-natalist policies, especially those aggressively policed by the state, rarely produce the desired impact. Rather, their unintended consequences produce both a deterioration in the health of women and a diminution in their reproductive rights.