Are the far right a threat to Irish democracy? 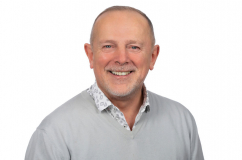 While the far right has been rising electorally in Europe over the last 40 years, Ireland has been an exception to this trend, with little or no organised far right presence in our democratic institutions. Nevertheless, the far right was visibly present at demonstrations in this country against Covid 19 public health measures, alerting us to the possibility that this Irish situation could change quite quickly as it has done in Spain and Portugal.

The STOPFARRIGHT project was inspired by our concern at the possible rise of the far right in Ireland. We felt it important to find out how the groups most affected by far right discourse and actions – such as migrants, ethnic and sexual minorities, feminists and anti-far right groups - could counter this.

We wanted to know how much of a threat they thought the far right is to Irish democracy, and about the extent and effectiveness of state, political party and civil society counter-strategising against it. The project also sought to facilitate information exchange between Irish, European and international civil society groups and academics on the theme through a series of five webinars.

Our research found that NGOs and community groups among the affected populations mentioned above, think the far right is an important threat to Irish democracy, although not an immediate one. However, this could change quite quickly, they warn, and Irish society should prepare itself for this possibility.

The experience of many of these groups underline the seriousness of such advice. A total of 130 groups were identified and contacted, online surveys sent to them and follow up interviews requested from those who indicated a willingness to be interviewed. We received 42 responses to the survey, around a 31% response rate, with seven follow up interviews being carried out. All research took place online.

Our study found that almost 67% of respondent organisations have had staff or clients experiencing threats or violence from the far right. All respondents (100%) reported online harassment or threats, while 75% reported verbal harassment or threats, 50% physical and close to 40% property damage. Finally, the overwhelming majority (80%) felt that such attacks had increased in the last five years.

When asked about the state’s attitude to the far right, most participants feel that it is too tolerant of the latter and its discourse. They recommend a more pro-active policy from the state on the issue, becoming much less tolerant of intolerant speech, by, for example, putting stronger controls on social media companies, which they consider the main means such intolerance is spread.

Participants also thought the state should support education and dialogue among the general population, to help prevent hateful and exclusive attitudes and that it should pay more attention to the conditions behind individuals being attracted to far right ideas, such as inequality, austerity, and poor access to housing and health, themes which the far right piggy back on to gain attention and support.

Participants in the project also feel that non-far right political parties should exclude far right parties from their interactions and show active opposition to those parties and their policies. Non-far right parties should demonstrate values of inclusion, respect and equality, be proactive in denouncing and reprimanding any political group that stir division and propagate misinformation and steadfast in challenging the various forms of hate and discrimination when they appear. Additionally, these political parties should lead by example, upholding moral and political standards and principles which are antithetical to the far right.

The groups surveyed also provide examples of strategies they use to help counter-act the far right, which we term demarcation and confrontation. Demarcation is when an organisation clearly demonstrates how their values fundamentally differ from those of the far right, including in some cases banning far right individuals from membership.

Confrontation means mounting demonstrations, working more closely with the authorities to fight against hate crime, and getting truthful information out to the public to counteract far right misinformation and disinformation. Some groups also monitor far right activity and collaborate with their colleagues in other organisations to prevent attacks from the far right. More work, has to be done, however, especially to ensure that social media companies are more effective in policing hate crimes online.

In general, participants argue that the most effective way to counter the far right is to have a national strategy which has bottom up, community involvement, placing education and awareness building at its centre. This includes strategies to tackle those inequalities which leave marginalised communities vulnerable to far right exploitation, and finely balances the rights of freedom of expression and freedom from threatening behaviours.

Within this, policies are needed to help strengthen democratic civil society including advocacy, training and funding for civil society organisations to help carry out such work. This, according to our research participants, is the best way to stop the far right entering our institutions and infecting our national discourse with hateful language and ideas.

The STOPFARRIGHT project is funded by the Irish Research Council's New Foundations Programme, and is in association with Crosscare's Migrant Project