Census 2022: What does it mean for Dáil representation? 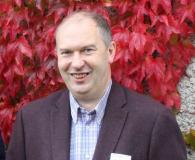 This now leaves an average population of 32,022.1 per Dáil Deputy across the State (for the current 160-Dáil seat context). Given that the Constitution explicitly states that the population per TD ratio nationally must not exceed 30,000 (or indeed fall below 20,000), this means that the smallest number of Dáil deputies, which can be envisaged in the upcoming Constituency Commission review of/report on Dáil constituency boundaries, is 171 (and the largest number is 256!). It is important to note that the 30,000 limit in terms of the population per TD ratio does not apply to individual general election constituencies.

A 171 seat level would already ensure a much higher number of seats in contrast with the current membership of 160 TDs of Dáil Éireann. The range of seats that the Constituency Commission (once it is established) will get to choose from, based on previous reports, will run from 171 to 179 seats.

To ensure that the national seat level does not have to change again in a subsequent report in line with expected further growth in the national population level – the Commission is likely to opt for a number at the upper end of this scale (as they did for the 2012 report).

Hence, the extent of the boundary changes that will be required will be more extensive than those required for any earlier boundary report, at least over the period since the introduction of independent commissions following the failure of the “Tullymander” at the 1977 General Election.

A new Constituency Commission report must be published within three months of the publication of the definitive Census population-by-area figures, which were published almost a year after the holding of the census in the case of the 2016 Census figures. So, there may well be a wait of up to one year before the new report is published.

Where will the new seats go to?

Looking at the geographical trends in terms of population and population change levels that are evident in these provisional Census 2022 figures, the following seat gains might be expected:

Unless a new Electoral Act allows for a change in the terms of reference for the Commission, the number of seats that can be in any Dáil constituency will range from three to five. As it stands, this may result in an enforced number of county boundary breaches, with, for instance, the territory being moved from Laois to Offaly and from Kilkenny to Carlow to allow for sufficient population to sustain three-seat constituencies in Carlow and Offaly.

Some larger counties, such as Wexford, Donegal, and Tipperary, would need to be split into two three-seat constituencies to account for population growth and the overall increase in Dáil seat numbers. Such moves would also lead to an overall increase in the number of three-seat constituencies and notably reduce district magnitude levels within the State, thus effectively reducing the overall level of proportionality.