Derry Girls and the value of good television 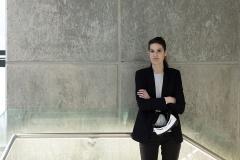 Northern Ireland-set comedy series Derry Girls has left our screens for the time being after two widely popular seasons. In its place - and keeping the North visible in the world of television -  is Game of Thrones, the far more popular and widely viewed fantasy series.

Both have worked to generate new perspectives on landscape, place, and social relations in Northern Ireland, nowhere more evident in the development of tourist experiences that capitalise on the success of each series. The Game of Thrones filming locations have resulted in a peripheral tourist trail that brings millions to the economy each year (not to mention a current exhibition in Belfast). Tourism NI has recently announced a forthcoming Derry Girls visitor experience that will bring tourists on a walking tour of key locations in the programme.

But beyond the economic benefit of each series is the social one. In offering images and stories of people and place that add richness, beauty and humour to Northern Ireland, each series does some work in producing and representing the diversity of its identities, whether they are ones associated with rural landscapes and heritage or urban spaces and youth culture.

Game of Thrones has undoubtedly received the most attention globally, not only by simple fact of longevity but also because it belongs to a form of television that is associated with a golden age of TV, much of which is period or political drama, fantasy and science-fiction. This notion of a golden age of TV is associated with the rise of quality or high-end drama, which more generally refers to big-budget, prestige dramas of cinematic quality and that emphasise complex storytelling and warrant committed attention.

In some ways, quality TV refers to television drama that exceeds the limits of its medium. It is better than television and is differentiated from ordinary, everyday television such as reality TV, news and current affairs, soap opera and comedy, game shows and sports. However, while quality TV might be stylistically or aesthetically better than ordinary television, it is not necessarily enjoyed more. Quality TV can be bad, boring, too complicated or too complex.

On the other hand, there are many programmes that don’t quite meet the criteria for quality but certainly are more enjoyable, meaningful, engaging and interesting than quality TV. Here, a programme such as Derry Girls earns its keep.

Derry Girls can be characterised less as quality TV and more as good television. This is not to suggest that it is lacking, but rather the opposite. It uses perhaps one of the most tense, fraught and difficult backdrops we have known in recent Ireland to tell what is, for many of us, a very ordinary story of growing up, peer relationships and family tensions. The first episode of the second season, Across the Barricade, illustrates this when he girls’ Catholic school hosts a group of Protestant boys from another school. They are all tasked with identifying commonalities and shared traits amongst each other. After producing a lengthy list of differences between Catholics and Protestants, followed by a fight between them resulting in visits by parents, they rest on one fundamental similarity: they all have to deal with parents.

This might initially read like sentimentality, a crass attempt to champion the narrative of "we’re all the same, really". However, if we look beyond the clichéd resolution to the Catholic-Protestant divide in the episode, it is possible to observe something else at work and that is finding humour in difference. The viewer responses indicated a level of affectionate laughter at the more ornamental and lifestyle differences between Catholics and Protestants, with many on social media taking great joy from some of the differences outlined on the programme such as "Protestants like soup" "Catholics watch RTÉ" "Protestants love flutes" and "Catholics love bingo."

Derry Girls is relatable and works to create a point of identification for the audience that facilitates engagement and an emotional response. The show works hard to do this. Think of the range of characters that enable such identification: the diverse group of young girls, the English boy as the outsider observing the group, the southern father and the jaded, sarcastic nun. Each provides a point of entry into the community as well as their own form of humour and invites a diverse audience to share in the experiences of a community in 1990s Derry.

The function of good television (the everyday, popular, relatable programmes we see on television ordinarily) is to make sense of the ordinary, melodramatic qualities and features of life. Consequently, and because many of us experience everyday life in such terms, it has the capacity to be more meaningful. Derry Girls does this within a historic environment that threatens to overshadow the ordinary and the everyday. The profound experience of the Troubles and the peace process has been front and centre in many narratives of life in Northern Ireland.

Derry Girls continuously juxtaposes these political experiences with the more mundane, but highly meaningful, experiences of the group. For example, season one ends with a sequence that cuts between the group at a talent show at school and the family at home. At the school, the poignant scene has quirky Orla dance on stage to some mocking from other girls in the audience. As a demonstration of solidarity, the group joins her on stage. Interrupting this sequence, the family at home gather around the television to watch news of a terrorist bombing resulting in many deaths.
In framing these two events together in this way, Derry Girls demonstrates the extent to which their lives existed beyond the Troubles. While an important context to their experiences of everyday life, the Troubles were part of their complex lives that were equally shaped by friendships, schooling and more ordinary trouble-making. The fifth episode of the second season, The Prom, reiterates this with a similar sequence. The girls try to protect another schoolgirl from a prank and end up covered in tomato juice and fighting, a disastrous ending to a night full of promise. Intercut with this are scenes of family and neighbours on the streets celebrating news of the IRA ceasefire. Again, the group’s personal experiences are quite distant from the overall, national experience of the ceasefire.
This is not to suggest that Derry Girls divorces the personal and the political. The constant reference to the Troubles and the peace process evidence the context of the group’s lives. However, in emphasising the intimacy of everyday relationships and scenarios, the programme invites more identification with the group dynamics and activities rather than the political events that are largely represented on television screens in the programme. This provides a route to understanding how ordinary, everyday people lived through and experienced these serious situations and events. This is the value of ordinary and everyday television that, in many ways, exceeds that of quality TV.