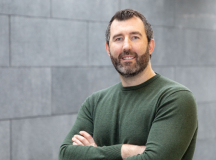 Research undertaken by Maynooth University has identified for the first time, the link between MAIT cells and insulin resistance in children as young as six, with the cells, directly disrupting insulin signalling pathways that regulate glucose uptake.

Insulin resistance, which is very prevalent in childhood obesity, is the precursor to Type 2 Diabetes, where the body struggles to produce enough insulin to maintain normal blood glucose levels. Today it is estimated that one in four Irish children now register overweight or obese bodyweights, while the age at which Type 2 Diabetes is identified is reducing with increasing numbers of teenagers diagnosed.

The research could lead to the development of new therapies for preventing insulin resistance in those experiencing childhood obesity, by targeting MAIT cells directly.

The study, which is being led by Dr Andrew Hogan of the Kathleen Lonsdale Institute of Human Health Research and Department of Biology at Maynooth University, has shown that MAIT cells which protect us from bacterial and viral infections, including Covid-19, can also disrupt insulin signaling in children with obesity leading to insulin resistance.
The role of MAIT (Mucosal-associated invariant T) cells in obesity have emerged over several years, however, this study shows for the first time exactly how they cause metabolic disease.

Speaking about his findings, Dr Hogan said: Our work shows for the first time how MAIT cells, a relatively new immune subset, are linked to insulin resistance in childhood obesity. We also show how these cells can directly disrupt insulin working via their production of an inflammatory protein called IL-17. This could potentially lead to new immunotherapies for obesity related insulin resistance by targeting either IL-17 or MAIT cells directly.

The study which was recently published in Diabetologia (the journal of the European Association for the Study of Diabetes [EASD]), investigated a cohort of 80 children from aged six upwards and was funded by the National Children’s Research Centre.

About the project Insulin resistance (IR) is among the first metabolic dysregulations to manifest in childhood obesity, long before the development of overt metabolic disease. However, all the primary drivers of IR in childhood obesity remain to be elucidated. We show for the first time that Mucosal Associated Invariant T (MAIT) cells are strongly associated with IR in children with obesity and can directly disrupt insulin mediated glucose uptake. These findings highlight a novel cellular driver of IR which, may represent a future therapeutic target.