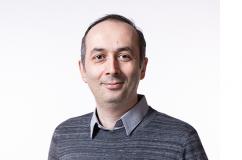 The group of fungal toxins – called mycotoxins - are produced by fungi through a previously unknown control mechanism hidden in their genetic material that can be turned on or off under different conditions. Mycotoxins can be found in food or feed products impacting human and animal health.

We have discovered a protein complex that when turned off leads to loss of mycotoxin production and may now offer a novel approach to prevent mycotoxin contamination.

Fungal spoilage and mycotoxin contamination leads to extensive food loss estimated at a quarter of annual world food production – or enough to feed 800 million people. Scientists are also concerned that mycotoxin contamination will become more common in Ireland and Europe due to global warming – causing significant issues for the food production economy and food security. In March 2013 several EU countries reported serious levels of mycotoxin in milk products and Serbian maize, that was imported into Germany and The Netherlands.

For the first time we have a detailed picture how mycotoxin genes are activated. We discovered a mechanism involving a set of proteins -  which we called ‘KERS’ -  that can bind to the other genetic materials in a fungal cell. The KERS complex binds to more than 1600 genes in fungal genome and activates them. Many of these are mycotoxin genes - which is of great significance and may provide novel methods to combat these toxins.

We conducted this study on Aspergillus nidulans our next step will be to apply this knowledge to a different species such as Aspergillus flavus that produces Aflatoxins a group of mycotoxins causing liver cancer in humans and animals. We also want to progress our work and discover the inhibitors of the KERS complex which will help us to prevent mycotoxin production. This will eventually lead to safer food production, maximise food production and limit human disease.

The findings have been published in highly prestigious journal, Nucleic Acids Research of Oxford University press.