How to create a better Irish criminal justice system 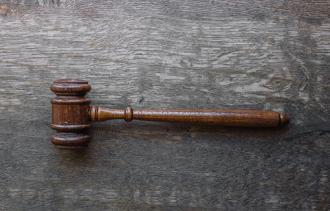 Greater use of restorative justice can lead to better outcomes for both victims and offenders in the criminal justice system, writes Dr Ian Marder, Department of Law

The criminal justice system is designed to identify and punish those who commit crime. And yet, the system itself is a thief because it seizes control of the process by which justice is done, stealing this from the people who are most affected.

Being a victim of crime can be one of the most significant events in a person’s life, but the system is not interested in how they feel or what they need to repair the damage done. Instead, victims are wronged a second time by a justice process which provides few opportunities to participate or to express what is important to them.

Offenders are also failed by a system which neither addresses the social causes of offending, nor permits them to be active in making amends for what they did. As a result, they feel increasingly stigmatised and even less likely to realise that they could make a positive contribution to society.

These are the sentiments of the late Norwegian criminologist Nils Christie. In his 1977 article Conflicts as Property, he argues that western criminal justice systems centralise power in the hands of professionals to such a degree that those with the greatest stake in the outcome – victims, offenders and communities – are excluded from the process and their needs are left unmet.

In Ireland, efforts are being made to remedy these limitations. The Probation Service increasingly prioritises reparation so that offenders can try to compensate society and their victims. The Criminal Justice (Victims of Crime) Act 2017 introduced new rights for victims, such as to be kept informed about their case and the services available to them.

Slowly but surely, change is coming. What would help to bring all of these ideas together – and what I believe should take centre stage in criminal justice reform – is the concept of restorative justice. This is a voluntary process through which victims, offenders and others affected by crime are enabled to participate actively in the justice process, often by meeting or communicating with each other in an encounter led by a trained facilitator. This gives the parties an opportunity to discuss the causes and impact of the offence and to play a role in determining how to make good the harm done and stop it from happening again.

Research indicates the potential benefits. For victims, restorative justice can be cathartic. It enables them to express the impact of the crime directly to the person responsible. They can ask questions – such as "why me?" – which only that person can answer. It also means that they can participate in decision making, allowing them to seek reparation or even try to help the offender to turn their lives around – a desire which is more common than you might expect. As a result, restorative justice has high rates of victim satisfaction and can reduce victims’ fear, anger and other post-traumatic stress symptoms, even among those subjected to very serious crimes.

For offenders, restorative justice provides an opportunity for learning, reflection and redemption. It is a chance they would not otherwise have had to listen to the real consequences of their actions, to apologise and to try and make amends. These features of restorative justice are among the reasons why research has repeatedly indicated that it can help to reduce reoffending – again, even at the more serious and violent end of the spectrum.

In principle, restorative justice can happen at any point in the criminal justice process. It can be used to divert low-level offenders from court, alongside imprisonment for the most serious offences, or anywhere in between.

Readers might have been exposed to its successful use post-imprisonment by The Meeting, a 2018 Irish film which took viewers through a victim-offender meeting in a real case of serious sexual violence.

Despite its potential benefits, restorative justice is only widely available in a few countries, such as Norway, Finland and New Zealand. Austria and Belgium were also early adopters, while in Northern Ireland, it is commonly used in youth justice. In 2018, the Council of Europe adopted a Recommendationwhich stated that restorative justice should be a "generally available service". Yet in most of Europe, access to restorative justice remains dependent on factors like the age of the offender, the area where the victim lives and the type of crime they suffered.

In Ireland, the overall figures remain low and the vast majority of victims and offenders are not offered the opportunity to participate. An Garda Síochánacan use restorative justice with young offenders, and specialist services in Dublin and Tipperary handle cases involving adult offenders. There have been some advances, such as the establishment within the Probation Service of a Restorative Justice and Victim Services Unit. Yet, the availability of restorative justice in Ireland remains far behind what the National Commission on Restorative Justice envisaged when, in 2009, they recommended that it be rolled out nationwide.

Recently, I helped instigate a new project to implement restorative justice more systematically across Europe with 40 colleagues from 10 countries. In early March, the Irish arm of this work was launched, with support from Maynooth University, at an event attended by 100 people from across the Irish criminal justice system. Those involved in the project will now use the Recommendation to argue that all victims and offenders should be given the information and the opportunity to decide whether restorative justice is right for them.

Where crime hurts, justice should heal. Restorative justice is not the solution to all of society’s ills. However, research and experience from Ireland and elsewhere shows that making restorative justice more widely available can help meet the needs of victims and offenders. Academics, civil society, practitioners and policymakers must now work together to make this aspiration a reality.