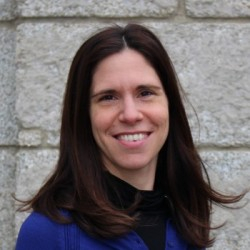 We have all become very familiar with terms such as pandemic, epidemic, quarantine, infectious disease, social distancing, close contact, antibodies, PCR testing and a host of other words most people had to Google to understand before March 2020. Just yesterday, my seven-year old daughter told me that two of her classmates could not make it to school because "they had symptoms". Our lives have been turned upside down.

However, our coronavirus experience is not unique. Until the 1960s, epidemics were widespread in Ireland and affected thousands of people of all ages. Influenza, measles, poliomyelitis, rubella, tuberculosis and whooping cough are examples of infectious diseases that were widely circulating in Ireland.

Almost every year, there was an epidemic or an outbreak of one these diseases. For example, 6,795 cases of tuberculosis and 4,364 cases of whooping cough were recorded in 1952 and a total of 4,867 cases of rubella and 499 cases of poliomyelitis were recorded in 1956. Three years later, 15,134 cases of measles were recorded. Dublin had the highest rate of disease, but all parts of Ireland were affected.

Infectious diseases were still responsible for the deaths of many infants in the 1950s. In 1955 alone, a total of 403 infants died because they contracted whooping cough, influenza or another respiratory disease. It is only after the introduction of vaccines against specific diseases that cases and deaths started to fall dramatically.

In 1951, Ireland experienced an influenza epidemic. Two physicians, Patrick Meenan and M. Clarke, documented this epidemic in an article published in the Journal of the Irish Medical Association. At the time, Meenan and Clarke were working in the WHO Influenza Centre, in Dublin's St Vincent's Hospital. Meenan subsequently became the Dean of the Faculty of Medicine at University College Dublin and president of the Medical Council of Ireland.

Meenan and Clarke explained very carefully the route that the influenza epidemic took to reach Ireland. The first outbreak was reported in Sweden in June 1950 and the epidemic affected most countries in Europe. In November of the same year, an outbreak was reported in northern Sweden and in two neighbouring countries Denmark and Norway. In December, the outbreak spread to Finland, Germany and the Netherlands and reached England in the middle of that month, appearing at the same time in Newcastle and Liverpool.

During Christmas week, it reached Belfast and Kerry. By the end of December, it became clear that that a countrywide epidemic was unavoidable in Ireland and it took about six weeks for the virus to reach most parts of Ireland. The general pattern was one of spread by "continuity of district", which means that the disease did spread from one area of the country to neighbouring areas. At the end of December, all County Medical Officers of Health were informed and asked for their co-operation.

The similarities between the 1951 influenza epidemic and the Covid-19 pandemic are striking. They both reached here from abroad and have caused many deaths, especially among the older population. They have had a significant impact on people's daily life and have forced children to stay home from school.

However, there also important differences. The Covid-19 pandemic has been much longer in duration and has been deadlier - and it is not over yet. The main difference between now and 1951, though, is that vaccines that are working have been specifically developed. We have an effective tool to fight the spread and deadliness of Covid-19. People in 1951 were not so fortunate in this respect.