How the new poor struggle to cope

How the new poor struggle to cope

As Ireland emerges tentatively from recession, how well will families affected by the crisis bounce back?  Poverty is an unwanted gift that is too often passed from one generation to another. But the global economic crisis that swept over Ireland introduced crisis, adversity and hardship to a whole new cohort of people. 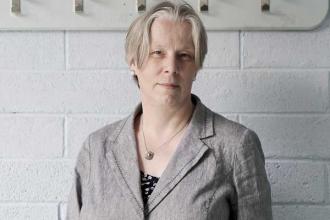 They never expected it, says Dr Jane Gray, a sociologist at Maynooth University. And evidence from across eight other European countries now suggests that the "new poor," with little tradition of dire financial struggles and a limited knowledge of the social support systems available to them, might face additional challenges in coping and getting by.

Dr Gray is the lead Irish researcher on REScUE, a European Union funded project consisting of Ireland, Finland, Germany, Greece, Poland, Portugal, Spain, Turkey and the United Kingdom, which is comparing citizens’ experiences of the crisis.

The need for resilience
For Dr Gray, this is about resilience. "We already have a lot of research focused on the factors that give rise to poverty," she explains. "This project is not so much about those factors as about what allows some families to be resilient and come out with hope for improved future circumstances."

Interviews were conducted with 12 families in an urban midlands town and 12 families in the surrounding rural hinterland. The town is not being named in order to protect the identity of the research participants, but it is one which became a commuter town during the boom years and also suffered one of the biggest employment downturns when the crash hit. Indeed, statistics show that this outer commuter belt appears to have suffered disproportionately, says Dr Gray.

But human beings, from policy makers to the general public, don't always respond to raw statistics - no matter how shocking they may be. For this reason, says Dr Gray, individual stories gathered through qualitative research are hugely important. "We need stories to help us understand. It helps researchers know what they are looking at when they see charts detailing measures of deprivation or changing rates of employment. The numbers don't always give this information, so bringing the two elements together is important."

Figuring out where to go for help
When Dr Gray did look into the data, were there any surprises? "The analysis is not finished, but what did stand out was the contrast between people whose economic hardship stretches back generations and those who never expected themselves to be in that situation. The latter group may have higher levels of education or sometimes savings, but on the other hand they may struggle to figure out where to go for help from various state agencies or charities. Those with more experience of poverty, conversely, may have more experience of coping within their families or communities."

That's not to say that their objective experience of hardship and deprivation is significantly different, says Dr Gray. "People spoke to us about being hungry, about not being able to feed their families or heat their houses; many of these houses looked lovely on the outside."

Dr Gray's research team interviewed a wide range of different family types and individuals. Some were married couples with children. Others were single parents. Another group included young adults, a group who have been shown to be particularly adversely affected. Some of the participants were not originally from Ireland or had not grown up here, and there was a mix of men and women.

They had worked in construction; they had been small business people; or they had lost seemingly secure jobs when the downturn hit. In some families, there was one person still working, but often only on a part-time basis, and they were still being hammered by mortgage payments and high levels of debt.

The research team did try to include older people, but found that they had not generally suffered as much. "But they also tend to be the most fearful for their standard of living," says Dr Gray. "The young have had harsher experiences, yet they were relatively optimistic and they generally believed that life will get better."

Men who lost their job feel stripped of their identity and struggle to adapt, whereas women seem to be better at picking up the pieces, planning, budgeting and generally coping.

Sense of shame
Dr Gray was consistently struck by how many of the people she met had a sense of shame. "They didn't want us coming into their homes because they hadn't been able to afford renovations and repairs, and they were embarrassed. People who never thought that they would have to stand in line to receive unemployment benefit told us of feeling depressed and hopeless. They said that they couldn't plan for the future or do things for their kids. Even the fact of their children going back to school and being the only one who hadn't been away anywhere on holidays added up in a growing stack of small humiliations."

In some instances, people experiencing deprivation for the first time only have their family to lean on, but they can't do this if the family doesn't live nearby. Even where family support is available, it can put a strain on individuals when they feel they have lost their independence. Families also seem to cope better if they are embedded in their local community - a factor that clearly puts those who are newer to an area at a disadvantage.

People are survivors
While most people seemed to have an almost tacit knowledge of how to cope and manage in certain difficult situations, their resilience was tested by factors that are largely outside their control. "It can come down to the intervention of one person. It could be a family member. It could be a public health nurse who notices that all isn't right. In one instance, a college lecturer encouraged a student to keep going when she thought she couldn't; this kept her in college."

Ireland is very different in some respects from other countries that are participating in the project, such as Finland, Greece and Turkey. Nonetheless, the results will paint a broad picture of resilience in the face of adversity. The silver lining is that, put together, the results may just bring about changes for those who, in the future, find themselves struggling.

"People are survivors," says Dr Gray. "Some rely on charitable organisations like the St. Vincent de Paul as essential lifelines. Others, unfortunately, are turning to money lenders, while some are bartering or exchanging goods and services. Ultimately, what we want is for people to be in position to take advantage of recovery. We hope they haven't been set back in the long-term."