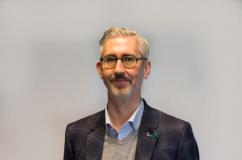 Just like listening to music, viewing works of art can have a profound effect on our mental health, writes Dr Richard Roche, Department of Psychology

The arts are often portrayed as the polar opposite of the sciences. However, a closer inspection reveals a rich shared history in which the two approaches have, at different times, acted in a symbiotic manner.

Drawings and paintings were the only way in which scientific observations could be conveyed to others during those historical epochs before mass reproduction of images was possible. Da Vinci's anatomical drawings or Galileo's watercolour sketches of the moon are two examples of this. Later, the painted illustrations by artists such as Maria Merian, Ellen Hutchins, Genevieve Jones and Beatrix Potter paved the way for the classification of a variety of flora, fauna and fungi. 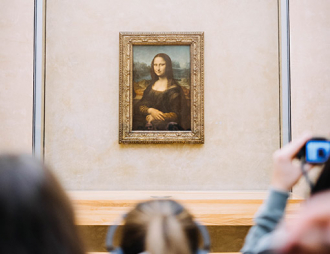 In addition to illuminating single cases/specimens, visual arts have also allowed for multiple observations to be conveyed elegantly in one figure. Examples include the Rose Diagrams of Florence Nightingale, which summarised the variety and frequency of injuries and ailments she observed in her patients, or the painting of Mount Chimborazo by Alexander von Humboldt, which categorises the different geological, climatic and zoological features of the mountain’s strata. These hand-drawn depictions can be considered the progenitors of the modern practice of data visualisation.

In the context of neuroscience specifically, a comparable relationship between art and science is evident. This dates back to anatomical drawings of the brain and nervous system by Renaissance artists including da Vinci and Andreas Vesalius, the Flemish anatomist who produced the first medical textbook De humanii corporis fabrica.

The relationship is further cemented by the hand-drawn diagrams of the structure of neurons observed through the microscope by Santiago Ramón y Cajal, the man considered the founder of modern neuroscience. Using a chemical tissue staining technique developed by Italian scientist Camillo Golgi, Cajal produced exquisitely detailed diagrams of brain cells from memory having observed their structure through his lens for long periods of time.

These drawings led to the discovery that neurons do not physically touch each other, leading to the rejection of the now outmoded Reticular Theory of the brain in favour of the neuron doctrine. Recent innovations in brain imaging, including functional MRI activity maps, connectome plots and the brainbow technique, can trace their origins back to the hand-drawn illustrations of Cajal.

Three major strands of evidence show how the visual arts can provide us with valuable insights into the function of the intact or compromised brain: artistic output as windows on idiosyncratic perception, changes to artistic output due to brain insult, and the field of neuroaesthetics. 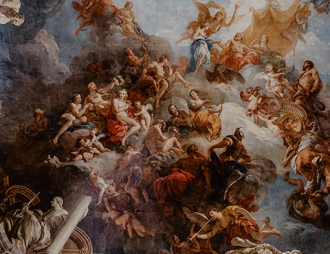 The work of visual artists offer us a glimpse of the unique perceptual experience of that artist, so the study of their output is particularly noteworthy when that artist possesses a rare or neurologically interesting way of seeing the world. In this way, studying the paintings of Concetta Antico affords us a sense of what it is like to have tetrachromacy, a condition resulting from the presence of a fourth type of retinal cone cell, which means one can experience up to 100,000 more colours than most of the population.

The study of synaesthete artists can reveal the nature of their visual experience in response to stimulation from a different sense modality. For example, Carol Steen's paintings reflect what she sees in her visual world in response to tactile stimulation on her skin, such as the feeling of acupuncture needles. Such paintings offer valuable qualitative support to the quantitative data that can be collected in people with such rare conditions.

The study of artistic outputs – and changes to their quality, style or volume – can afford important information about the progression of a neurodegenerative disease. For example, paintings by William Utermohlen and Carolus Horn depict a clear degradation over the course of progressing dementia. Attentional deficits can be revealed, as in the case of Anton Räderscheidt, whose right hemisphere stroke left him with a profound left spatial neglect, which is clearly evident in his post-stroke self-portraits. A noteworthy corollary to this case is the fact that his subsequent recovery of attentional awareness can also be tracked over the course of the two years following his stroke.

Other changes to artistic style (see Lovis Corinth), volume of output (the work of Anne Adams, Patient JN) or in some cases the sudden emergence of previously absent artistic abilities (eg Patient MB) can also reveal much about the likely role of the brain regions that have suffered damage. For example, injury to the left frontal region is most consistently associated with new artistic abilities appearing, suggesting that this area may exert some inhibitory function when functioning normally.

Neuroaesthetics, which strives to study the response of the brain to aesthetically pleasing stimuli, constitutes another route through which novel insights into the brain may be gained. Such studies may reveal fundamental properties of the human perceptual system, explaining why certain works of art can have widespread appeal.

Specifically, studies have shown that exposure to artistic work tends to active a brain network called the Default Mode Network, a distributed collection of structures including medial temporal, medial prefrontal and posterior cingulate areas, among others. Crucially, this network is also implicated in aspects of autobiographical memory, in which we mentally travel back in time to specific events from our past. Much like the way music has the power to deeply affect us by transporting us back to an earlier time or event, viewing works of art can have a similarly profound effect on our mental health.