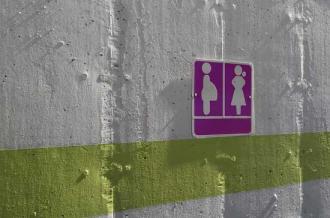 Mother’s Day invites us to reflect on mothers, mothering and motherhood, and their significance in contemporary society. Researchers at Maynooth University are examining the contradictions and cultural representations of motherhood: the way that mothers are often treated in society, and how they are depicted in popular culture, film, literature and the media.

Ground-breaking research by the Motherhood Project at Maynooth University has explored the maternal conflicts, cultural expectations and restrictions as an undercurrent of contemporary motherhood.

In particular, the researchers are exploring accounts that depart from the traditional, idealised images of motherhood, shedding light on the experiences of mothers who are marginalised and the pressures on women to conform to ‘normalised’ ideas of motherhood.

Lynsey Kavanagh, a PhD scholar at the Maynooth University Department of Applied Social Studies, has examined Traveller women’s experiences of pregnancy loss and their interaction with the health services in Ireland, applying the emerging concept of ‘obstetric violence’ to her studies.

“These interactions do not occur in a vacuum and cannot be attributed to individual medical staff,” Kavanagh says. “They are mediated by a number factors which are shaped by wider influences of social norms and structures, including hierarchical power structures within health services, structural inequalities, institutional racism and sexism.”

Kavanagh’s research emphasises the structural dimensions of maternity service provision which she says, “create the context for obstetric violence to occur, for example, the fact that our maternity services are disproportionately understaffed, underdeveloped, underfunded and subject to intense public scrutiny, particularly in the context of a number of national scandals.”

Kavanagh said support for her research the Irish Research Council (IRC), Pavee Point and Roma Centre have been critical in carrying out her research.

For example, Kavanagh worked in partnership with Pavee Point on the first Traveller perinatal health initiative of its kind, Pavee Mothers, which blends traditional, online and mobile mediums to communicate key health messages during pregnancy.  Launched late last year, all content was developed by Traveller women for Traveller women, and piloted on a regional and national basis.

The text message campaign was piloted with pregnant Traveller women through the Eastern Region Traveller Health Unit, which covers counties Dublin, Wicklow and Kildare and across a population of 8,000 Travellers. At a national level, workshops took place with Traveller organisations to generate feedback and inform each dimension of the resource. Clinical information was developed in consultation with maternity service providers from the three maternity hospitals in Dublin.

Mother Tongues and migrant motherhood
In her post-doctoral research for the MU Motherhood Project, Lithuanian-born academic Dr Eglė Kačkutė asks why some migrant women “mother” in their native tongue and others don’t.

Dr Kačkutė explores multilingual mothers and their mother tongues as part of the recent Mother Tongues Festival, and examined the subject of Language as an aspect of migrant motherhood.

“Ireland has very recently and very dramatically become a multilingual, multi-cultural country. People come with their languages, their culture, their mindset and they are 100 per cent bilingual, or trilingual, and the children they are bringing up will be at least bilingual,” she explains.

She finds that women coming from a traumatic background may not want their children to have anything to do with a past they are trying to escape. Or women may have left their native country years previously and made a life for themselves in another country.

Mediating Motherhood Symposium – how are young mothers portrayed in film?

This year, the Motherhood Project will celebrate Mother’s Day with a special Mediating Motherhood Symposium at Maynooth University on Friday 29 March. Among the speakers at the event is Kira Collins, whose research looks at how mothers are depicted in contemporary Irish and German film. She will discuss how contemporary independent films from both countries portray young mothers and the particular challenges and prejudices they face. 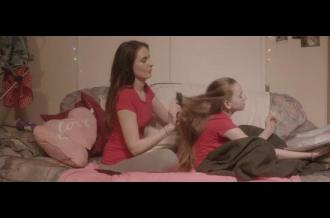 One of the films she will talk about is Jelly Baby (2017), by Irish director Naomi Fagan. The symposium will include a screening of this short film and a Q&A with the director.

At the same event, Dr Valerie Heffernan will be sharing her research about the ‘Regretting Motherhood’ debate, which emerged in Germany in 2015 and has also made waves in other countries. This controversy arose in response to the publication of Israeli sociologist Orna Donath’s research on women who said they regretted motherhood. It has provoked an important discussion about the high expectations we place on mothers and the difficulties that this poses for women who cannot relate to the role of mother.

Discussing the media furore around Donath’s research, Dr Heffernan of the School of Modern Languages, Literatures and Cultures, asks: “Society and culture compel women to see motherhood as the only way to be truly complete, but what happens when they do not experience motherhood as fulfilling or when they experience doubt?

“The perception that motherhood and love are intertwined makes it very difficult for mothers to express regret about their motherhood without being seen as rejecting their children. We need to create a space where women can express the doubts and anxieties and difficulties they experience without being judged for doing so.”
Back to top
Back to top