Ukraine today is a country attempting to forge its own political destiny in the shadow of a larger force, write Professor Hana Cervinkova and Dr John Paul Newman

After weeks of mixed signals, rising and ebbing tensions, military build-up, and frenetic diplomacy, what many of us believed to be the worst-case scenario has now occurred: Vladimir Putin has ordered and commenced a full-scale military assault on neighbouring Ukraine. 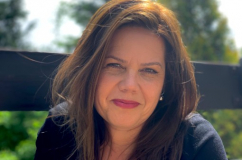 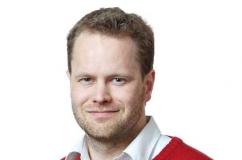 War has returned to Europe and the human and political consequences are grave. Even for a regime like Putin’s, habituated as it has become to violence at home and abroad, this attack has the feel of an unprecedented escalation, likely to eclipse the military actions he previously conducted in Chechnya, Georgia, and, of course, Ukraine itself.

But for many observers in Central and Eastern Europe, the invasion also has a dispiriting familiarity to it. The logic of a hegemonic power running roughshod over a sovereign territory and rights to self-determination of a smaller neighbour in the region has been implemented before.

In the second-half of the twentieth century, today’s Ukraine and Russia were part of the same state, the Soviet Union. And the Soviet Union was a global political and military superpower with a quasi-empire of politically-aligned communist governed states in Central and Eastern Europe.

With the Iron Curtain descended, the countries of the Soviet bloc were aligned through a political and military alliance called the Warsaw Pact, established as a counter-force to the North Atlantic Treaty Organization. Nato and the Warsaw Pact were symbols of the Cold War, a period when countries of the world were divided US and Soviet spheres of influence.

During the political thaw following Stalin’s death in 1953, some Soviet satellite states attempted to define their own trajectories through protest movements and liberalising reforms within the confines of Moscow’s rule.

In Czechoslovakia in 1968, what became known as the Prague Spring was the period of reforms – an effort to bring about so-called “socialism with a human face” that included the loosening of state censorship, secret service control, modest opening of borders, participation in the socialist democracy and expanded freedom of cultural expression.
Fearing the tipping point that the Soviet Union could lose control over the eastern bloc, in 1968, with military forces of the Warsaw Pact, it invaded Czechoslovakia. The Prague Spring was crushed and a period of neo-Stalinist “normalisation” was instituted under the leadership of the Soviet puppet-ruler, Gustav Husak. The country’s government and all state institutions, especially the military and the police were controlled from Moscow, a situation that did not end until the fall of communism in 1989.

Ukraine declared independence from the USSR in the summer of 1991. While Poland, Czech Republic, Slovakia and the Baltic States found a path to integration into Nato and the European Union, Ukraine could never completely break from the yoke of Moscow’s rule.

The most recent effort to move Ukraine closer to the EU in 2014 collapsed when the pro-Russian president Yanukovich refused to sign the European Union–Ukraine Association Agreement – thus further linking Ukraine to Russia.

This meddling of Russia in Ukrainian affairs incited citizen protests known as Euro-Majdan, which were violently suppressed with many civilian casualties, but which helped bring to power Petro Poroshenko, who ultimately signed the agreement with the EU.

Ukraine’s liminal position was rocked in 2016 when Russia invaded Crimea, annexing that Black Sea Region and further destabilising the country. In 2019 in Ukrainian Presidential elections, Volodymyr Zelensky, an actor whose great-grandfather and his three brothers were killed in the Holocaust, was elected President, furthering hopes of Ukraine’s democratic path and closer alliance with Europe and the West.

Russia’s full-scale military invasion on 23 February 2022 must be understood as a direct response to Ukraine’s pro-democratic and pro-western ambitions. Despite full mobilisation and civic heroism, it is clear that Ukraine, ranked the 22nd military power in the world, faces an asymmetrical war and will have a hard time withstanding Russia’s determined military aggression.

The differences between 1968 Czechoslovakia and 2022 Ukraine are, of course, undeniable. Despite the reform movement, Czechoslovakia remained within the military and political alliance with the Soviet Union. Post-invasion, the country surrendered to occupying forces with some civic dissent but no resistance from its military.

Ukraine, on the other hand, has been for the last 30 years an independent state with democratically elected leadership and is mounting armed resistance to defend its right to sovereignty and self-determination.

Russia wants to block this independent path at all costs. Vladimir Putin is usurping the right to determine on Ukraine’s behalf the country’s development trajectory claiming that it is an “inalienable part” of Russia’s “own history, culture and spiritual space.” Putin sees the ties between his country and Ukraine in tribal terms: “These are our comrades, those dearest to us – not only colleagues, friends and people who once served together, but also relatives, people bound by blood, by family ties.”
But the bloodshed in Ukraine is not binding Ukraine to Russia.

Ukraine today is a country attempting to forge its own political destiny in the shadow of a larger force, much like Czechoslovakia in 1968. Russian foreign policy under Putin mirrors the Cold War security dilemmas and hierarchies of his Soviet predecessors, which perceived countries within the Russian sphere of influence as having little chance of exercising political and national autonomy if that autonomy goes against Russia’s interests.

The 1968 political thaw in Czechoslovakia inspired a period of deep hope through a democratic awakening. That hope died with the Soviet invasion in August 1968 and was only rekindled when the Soviet Union collapsed 21 years later.

At stake in Ukraine today is not only a chance for democracy and the right to self-determination. Hope itself is at stake. Democracy in Ukraine and Europe as well.

This article was first published in the journal.ie
Photograph by Roman Shavnya on Unsplash