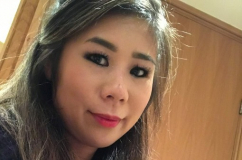 Culture night is a celebration of Ireland’s rich culture and heritage and a reminder of the extensive array of medieval Irish stories that have yet to be explored. One such story is Airec Menman Uraird maic Cossie (‘The Stratagem of Urard mac Coisse’).

We think this story sets out a real-life experience of the tenth century poet Urard mac Coisse (d. 990), and that he may have written the text in a monastic setting not too long after the events described occurred. After this, it may have been recited to kings and lords by others, leading to the surviving texts of the story that we have today: three fifteenth- and sixteenth-century manuscripts held in the University of Oxford’s Bodleian Library, the Royal Irish Academy in Dublin, and the British Library in London. We don’t have a translation of the entire story, so the text has not been comprehensively studied. My PhD aims to address some of these gaps in scholarship and produce a partial critical edition of the text.

Before we look at the story itself, and its use of satire to influence social elites, it is important to understand the cultural context of the time, and the place of the poet in medieval society. The medieval Irish fili (‘poet’) (plural: filid ‘poets’) belonged to a distinguished group known as the áes dána (‘people of the art’). These were the only secular profession to enjoy full nemed (‘privileged person’) status in Irish society of the time and were entitled to special legal privileges as a result. Even within the filid there were hierarchies. The Annals of Ulster informs us that Urard mac Coisse was an ollam, the highest grade of a fili, providing him with additional standing in medieval society.

With his high-status, it is perhaps not surprising that Urard mac Coisse uses his skills as a poet and a storyteller to seek compensation from the high king of Ireland following a raid and robbery at his home. Particularly given that the robbers were relatives of the High King of Tara, Domnall mac Muirchertaig (d. 980) himself. This starts the plot of Airec Menman Uraird maic Cossie. But, in perhaps a style familiar to Irish people today, we see in the text that instead of demanding compensation from the King directly, Urard weaves a rich tale that recounts the misfortunes of others who have crossed swords with the filid, and the power words had to ruin reputations.

This is where we encounter some of the literary complexity within Airec Menman Uraird maic Cossie, and where it becomes a story within a story. We read that Urard travels to the king’s residence in Tara in order to obtain compensation for the crimes committed against him. When the king greets him, he asks for scéla, a word that can either mean ‘news, tidings’ or ‘stories, tales’. Urard purposefully interprets scéla as a story and recites his impressive repertoire of stories for the king to choose from. At the end of the list, Urard inserts a story titled Orgain Cathrach Maíl Milscothaig  (‘The Plundering of Máel Milscothach’s Fort’) which is told from the viewpoint of the central character, Máel Milscothach. The King, having never heard of this story, requests its narration. Since Urard wants to avoid directly accusing the king’s relatives of the crime, we read that he has invented Orgain Cathrach Maíl Milscothaig to allow him to recount his own misfortunes under the alias Máel Milscothach (‘Servant of Honey-Words’).

Urard’s skills as a fili can be seen in his strategy to weave additional past characters and events of injustice into Orgain Cathrach Maíl Milscothaig, to implicitly warn the king of what could befall him if proper recourse is not given to the poet. One such example is the story of Cath Maige Tuired (‘The battle of Mag Tuired’) that is retold in verse in Orgain Cathrach Maíl Milscothaig. Part of Cath Maige Tuired describes the kingship of Bres mac Elatha, the king of the supernatural tribe of the Túatha Dé Danann, that is marred with injustice. The poem cites his mistreatment of the Túatha Dé Danann’s poet Coirpre. In this poem, the poet comes to Bres seeking hospitality and receives one that was not fitting for a poet. He was placed in a dark room with no furniture, and only three small dry cakes on a small dish were brought to him. The next day the poet woke up unhappy at his treatment so chooses to satirise Bres. The satire he utters is:

‘Without food quickly on a dish,
Without cow’s milk on which a calf grows,
Without a man’s habitation after darkness remains,
Without paying a company of storytellers – let that be Bres’s condition’.

The satire criticises Bres for not providing food, drink, a comfortable room with light nor any entertainment as one would expect for a king to give to a poet. From the moment this satire was spoken, Bres’ reign knew only hardship and injustice and led the Túatha Dé Danann to no longer regard him as suitable to be king. He then loses the kingship.

Another example we find in the text is the story of the king of Connacht, Caíar, and the fili Néide mac Adnae. In the story, Caíar’s wife, who is in love with Néide, persuades the latter to join her in a plan that will obtain the kingship for Néide, and ultimately Néide for her. She devises a plan whereby Néide asks Caíar for the latter’s knife that was a geis (‘a prohibition’) for him to give away. Refusing to hand over the knife would allow Néide to make a satire against Caíar. All goes as planned with the satire Néide utters being:

‘Evil, death, short life for Caíer,
The spears of battle will wound him, Caíer
May Caíer die! May Caíer perish! Caíer
under earth, under ramparts, under stones’

As stated in the verse, ‘the spears of battle’, refers to the literal and figurative power of the fili. In the literal sense, three blisters appear on Caíar’s face, and he flees in shame. His disfigurement now disqualifies him from the kingship, as was the custom of the time. The poet Néide, now king, eventually becomes regretful for his actions and seeks out Caíar, who was found under a stone behind a fortress, just as the satire had predicated. Upon seeing Néide, Caíar died of shame, and his death causes the rock to boil and blaze so that a splinter then flew from the rock into the Néide’s eye, causing his head to shatter. This, perhaps, indicates that the fili himself is not above moral laws.

This gruesome story yet again functions as a warning to both the plunderers and King Domnall to not underestimate a fili’s power to cause harm. His words had the ability to destroy or maim a person. Further, both tales act as a reminder to the contemporary audience to adhere to social and legal laws or risk consequences, as no one person was exempt from the fili’s power.

We see in Airec Menman Urard maic Coisse, that King Domnall comes to realise that Máel Milscothach in the in-tale Orgain Cathrach Maíl Milscothaig was, in fact, Urard. The poet is given full restitutions for his losses. Urard mac Coisse exemplifies the medieval Irish fili with both in his skills as a poet and influence on medieval Irish society. His role in society is more than a storyteller. He preserves history and knowledge, he maintains social harmony under the threat of satire, and through his ability to recall and recast past characters and tales into contemporary stories, he acts not only as an entertainer but an arbiter of moral lessons. In making these texts available today we get a window into life in medieval Ireland, the complex social hierarchies, and the power of words and stories to influence our lives.