Time to come clean on the State’s dirty secrets 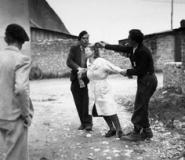 A recent RTÉ documentary underlined how the poor treatment of women does not belong solely in the past, and there are modern injustices that must be addressed, says Professor Linda Connolly. The Civil War of 1922-23 is arguably not solely, as is commonly argued, ‘the most’ difficult or traumatic issue for Irish society to come to terms with, in the decade of centenaries.

The thorny question of how women have been treated as citizens in the 100 years since female suffrage was granted was brought into sharp focus in a series of women’s personal stories of oppression, loss of liberty and discrimination told in the two-part RTÉ documentary Ireland: No Country for Women. Some of these stories have, of course, been told and written about many times in the decades before this documentary came to fruition.

The stories of Eileen Flynn, Joanne Hayes, and Mary McGee, for instance, were highlighted extensively by activists in the Irish women’s movement from the 1970s on, by individual journalists and writers, by a handful of elected representatives (such as Mary Henry, Monica Barnes, Mary Robinson and others) and by feminist academics who pioneered and published meticulous books on women in Irish society from the 1980s on.

The bringing together of a range of powerful personal stories through the medium of a TV documentary and women’s voice in 2018 is a further testimony to what Ireland did to women in the last 100 years and the unfinished cause of women’s rights. It is also a testimony to all those who bravely challenged and spoke out against systemic injustices over the last four decades but who were not listened to.

As women’s historians and Irish feminist scholars have demonstrated for some time, one of the travesties of the post-independence period of nation-building was the marginal role the Church and State afforded to women as full and equal citizens in a range of arenas, despite their achievement of the vote in 1918. As UCD historian Dr Lindsey Earner-Byrne reminds us, women were systematically marginalised in Irish society in the decades after independence.

The 1937 Constitution stated that women by their ‘life’ (as opposed to by their ‘work’) in the home give to the State a support without which the common good cannot be achieved. A cool and dispassionate historical interpretation of this clause would suggest that it simply reflected the social order of the day. Women were in reality confined to sphere of the home and family; feminists of the time were considered to be ‘exceptional’ or atypical women who did not reflect the overall experience of Irish women.

Some commentators even argue that the 1937 clause actually gave value to the stem family model on which Irish society was premised and in which women occupied a central (even powerful) role as mothers — ergo the  fundamental role of history is to describe society as it was and ‘that’s ok’.

But to describe society within a generalisation as to how it was is to construct a version of the past that presumes society is always built on consent and social order. In addition, it fails to dissect the underlying power dynamics on which society is structured and the resistances within it. Describing society in this way also fails to address profound historical institutional abuses and the associated trauma which have now come to light in Ireland.

The importance of dissecting the power dynamics at the heart of Irish society then and now have been demonstrated in various scandals and hidden abuses, particularly in the arenas of motherhood and human reproduction. More recently these include the revelation of numerous dead babies on the grounds of a former Mother and Baby Home in Tuam, and evidence of forced adoptions inflicted on Irish single mothers in Catholic institutions. Silence on these matters was the default position of the State and social research for many decades. All of society did not ignore these issues, however.

Notable journalists and local historians, combined with the work of feminist activists and, most importantly, survivors of these institutions such as Christina Noble and Christine Buckley, to reveal and challenge historical injustices against women and their children long before the State did through inquiries and redress schemes. Conall Ó Fátharta, an Irish Examiner journalist, has long exposed and published articles on what happened to women and children in Irish institutions, including in Bessborough in Cork.

Reports in the national media that the recent disturbing findings of the Mother and Baby Homes Commission are ‘new’ elides the fact that these findings were already revealed through research and journalism outside Dublin journalism some years ago.

The historian Catherine Corless revealed the shocking facts behind what occurred in the Tuam Mother and Baby Home through the technique of local and community history (often mistermed ‘amateur history’), which forced an official inquiry. Individual scholars like Professor Jim Smyth informed the chair of the McAleese report of infant death rates in excess of 50% at Tuam in 2012. Likewise, activists such as Marie O’Connor tirelessly fought for practices such as symphysiotomy to be considered a human rights question, with recourse to international bodies such as the UN when the Irish State recoiled. The Justice for Magdalenes group has campaigned relentlessly for incarcerated women’s rights and recognition.

In addition, the existence of abuse and violence within the sanctified Irish family, so valorised in the 1937 Constitution, was scrutinised when the Rape Crisis and Women’s Aid campaigns emerged in the women’s movement in the 1970s. The investigation into the Kilkenny Incest Case of 1993, chaired by Catherine McGuinness, was a further shocking indictment of the scale of sexual abuse that could occur within Irish families and not just in religious or state institutions.

The role of women in Irish society has also been vividly demonstrated in more recent scandals that have mired the State and wider body politic and have incorporated the denial of basic human rights such as consent, knowledge and bodily integrity in life and death in the arena of motherhood in particular.

Numerous reproductive tragedies have dominated Irish political debate since the 1980s. The death of 15-year-old Anne Lovett in childbirth alongside her stillborn baby in a grotto in Co Longford in 1984 was a profound event. Joanne Hayes, a single mother, was falsely accused of a double infanticide in a tribunal of inquiry into what became known as the ‘Kerry Babies’ case in the same year. Individual women impacted by reproductive injustices have been the subjects of a range of litigation in both Irish and international courts on abortion in Ireland. In the case of A, B and C v Ireland in 2010, the European Court of Human Rights found that Ireland had violated the European Convention on Human Rights by failing to provide an accessible and effective procedure by which a woman can have established whether she qualifies for a legal abortion under Irish law.

A number of cases related to whether an abortion was permissible in cases of fatal foetal abnormalities were also taken. The case of Miss P in December 2014 particularly demonstrated the chaos that evolves from a combination of lack of legislation and the construction of a longstanding problematic version of gendered citizenship and women’s bodies, which the High Court then confirmed serves to deny women and their families autonomy, consent and dignity in the arena of maternal death prior to childbirth. Miss P was kept on a life support machine to deleterious effect because of the Eighth Amendment to the Constitution. Savita Halappanavar lost her life in an Irish maternity hospital. Women have been dragged through the courts.

The injustices of the past do not belong ‘in the past’. Nor are they preserve of historians and historical research alone. These are inconvenient truths that continue to emerge in the present having been buried, denied and silenced.

They demand appropriate and concerted action by our State, society and our justice system, at a time of ‘commemoration.’

Linda Connolly is professor of sociology at the Maynooth University Social Sciences Institute and the author of a number of books on Irish women and Irish feminism, including From Revolution to Devolution: The Irish Women’s Movement and The Irish Family. She is currently working on a research project on gender-based violence in the Irish revolution.

This article first appeared in The Irish Examiner on Monday, 25 June 2018.