What do we really know about the early Irish Church? 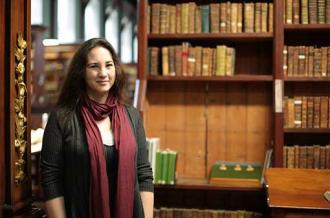 There were no snakes in Ireland before St Patrick. Nobody really knows the exact nature of pre-Christian belief in Ireland. The meteoric rise of the Christian Church saw it become the most powerful institution on the island, dwarfing even the strength of the Church in post-Famine Ireland. Ireland's religious powers oversaw a violent, slave-owning society. And the image of the nature-loving hermitic monk retiring to the forest to write poetry is more a charming myth, or even a potent propaganda tool.

These are among the topics being explored by Dr Elizabeth Boyle, a lecturer in Department of Early Irish at Maynooth University who, along with academics in other institutions, is currently working on a new study of the early Church in Ireland spanning from 400AD to around 1150AD.

“There hasn't been a reliable book-length guide to the Church in medieval Ireland published for the last half a century,” says Dr Boyle. “The previous book, 'The Church in Early Irish Society' by Kathleen Hughes, appeared in 1966. Since then, new textual and archaeological evidence has brought about radical changes in our understanding of this time. Sites such as Nendrum in Co Down, Toureen Peakaun, Caherlehillan and Inchmarknock have been excavated and given us new insights, while other important recent excavations have taken place at Clonfad, Co. Westmeath and the New Graveyard at Clonmacnoise. Important textual sources include the Munich Computus which is an early Irish scientific text that has been edited and translated by Dr Immo Warntjes at Queen's Belfast. And there have been important new discoveries relating to early Irish law, grammatical texts and linguistic theory.”

The project aims to identify the clear beliefs, customs, practices and rituals of the early Irish Church. The arrival of Christianity in the country changed everything on the island of Ireland, says Dr Boyle. “It brought literacy. Before that, there is little or no writing. When we do start to get substantial written records, around the late sixth and seventh centuries, Ireland had already been undergoing Christianisation for two centuries.”

Scholarship
“Ireland in the seventh century is a real intellectual powerhouse producing serious scientific and linguistic work,” says Dr Boyle. “In many ways, Ireland is participating in a process that is happening elsewhere in Europe at the same time, although the myth of Irish exceptionalism remains pervasive.”

So, why did Ireland gain the reputation as the “land of saints and scholars”? Surely there was something different happening here? “Exceptional writing was taking place in Irish, but the monks and clerics also had to learn Latin, whereas elsewhere in Europe, Latin was the everyday language. As learners of Latin, Irish clerics really had to think about how language works, and this linguistic theory seems to have inspired work in other disciplines.”

Irish scholars at this time were producing grammatical texts about their own vernacular language, while churchmen were also at the forefront of science and maths, calculating the dates of Easter – an exceedingly difficult task at that time. They wrote and studied law texts in both Latin and Irish. Much of this material survives.

Some ecclesiastic centres, including Glendalough, Clonmacnoise and Armagh, went on to develop areas of research specialisation, much like modern universities. Women accessed education through female monastic communities, although they had less access than men.

Wealth, power and politics
There was another factor driving the exceptional scholarship of the early Church: wealth. “In a pre-monetary economy, this was a seriously wealthy organisation,” says Dr Boyle. “Taken as a whole, it was the biggest landowner in the country and it was reinforcing a social hierarchy based on massive inequality. The Church had slaves, as well as ecclesiastical tenants farming their land who were obliged to give the first fruits of their harvest to the Church.”

Ireland's history here cannot be isolated from that of Europe. “Just as elsewhere, the Irish Church had control over education, society and social organisation. It used education, learning, literacy and the law as tools to maintain this control. There's a conception that the early Irish Church was comprised of lonely little hermits going into the wilderness to write nature poetry. But the Church was, in fact, a powerful, worldly institution that controlled vast amounts of land, including some of the best farming land in Ireland. Yes, it produced outstanding literature and great art, but it could do this because it had wealth, not because hermits were off in caves communing with nature. The scientific and grammatical texts that were being produced were not being written in tiny forest huts, but in large libraries in well-stocked churches.”

The Church seems to have controlled the provision of all elementary education, even for those who were not intending to enter holy orders. Recent scholarship has shown that the Early Irish "Brehon” Laws which governed life, although secular, were still nonetheless written to favour the interests of the Church, with the value of churchmen placed above all other people.

Politics was always paramount. This was a violent and dangerous society; the arrival of the Vikings into Ireland merely introduced another violent actor into the mix. “Irish kings attacked and burned churches in other kingdoms, as a part of warfare. Ecclesiastical sites were not off-limits, and the big churches had their own armies. There are examples of churches attacking other churches. Within 50 years after the first Viking raids, Vikings began allying with other Irish kings.”

Religion and belief
Ireland's founding myth, and the basis of our contemporary national holiday, is that a slave called Patrick came to Ireland and single-handedly spread the Christian religion throughout the island. But it is just that: a myth. There were already pockets of Christianity in the country before his arrival that had entered the country through the slave trade with Britain (which had been Christianised under the Roman Empire) or through individual contacts between the two islands.

At the elite levels of the Church, Christianity was an international religion, with top clerics often travelling to Britain or the continent to study. For the average person, however, the Christian religion was attached to local identity, primarily through the cults of local saints. “In early medieval Ireland every church founder was regarded as a saint. The big, powerful churches with big, powerful saints like Brigid, Patrick and Columba stand out, but there were hundreds of smaller churches where saints were venerated and used as a focal point to access God,” says Dr Boyle.

From the eighth century onwards, the sources focus on the “triumph of Christianity”. Even in saga literature like the Táin Bó Cúailnge (“Cattle-raid of Cooley”) we should be wary of seeing any continuity from pre-Christian mythology or religious beliefs, since classically-educated and biblically-literate men of religion composed this literature, imagining what Ireland may have been like before Christianity, and those expectations were shaped by Christian ideology. In medieval Ireland, ideas that are often today considered as “pagan” in origin, such as charms for illness or pain, co-existed alongside orthodox Christian views. “There was nothing necessarily non-Christian about that. To be a Christian at that time merely meant to have been baptised as such. People didn't always know or subscribe to the exact Catholic doctrine, but they did believe themselves to be Christian and a part of the Roman Church.”