Why the dryrobe wars shouldn't put you off outdoor swimming

Why the dryrobe wars shouldn't put you off outdoor swimming 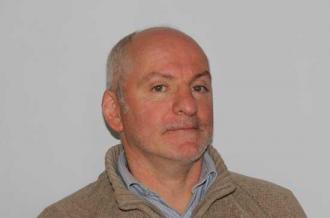 Amidst the recent boom in open-water swimming, there has been much talk about dryrobe wars allegedly happening across South Dublin. As comedian Oliver Callan recently remarked, it had previously only been "eccentrics and Protestants" who ever braved the cold Irish waters. Now, we have new tribes, characterized respectively as ‘vigilante regulars’ and ‘Class A Trendies’ wearing dryrobes, clashing at the 40 Foot and beyond. The alleged spat has been covered locally and abroad to much hilarity all round.

But let's look beyond what is a form of what surfers would call ‘localism’ with its perceived associations with wealth and class. It’s worth exploring for what this tells us about swimming places, identities and practices, shaped specifically by the Covid-19 pandemic. As a geographer working on blue space, it provides a perfect example of how people and places are connected together in what we do, where we come from and how we perform in such spaces.

Callan's Kicks takes aim at dryrobes
Through the summer and into the winter, the huge increase on open-water swimming has continued, even as air and water temperatures went down. This is seen in sources like the Strava heatmap, which maps increased activity in coastal and inland waters.

In the dryrobe wars, there was an expectation that the soft arrivistes would soon disappear (a bit like an expensive Italian footballer on a November night in Burnley) and the regulars would reclaim their 'space’. Yet even in mid-December, large numbers of swimmers, with and without dryrobes, have continued to flock to the 40 Foot, Seapoint and many other swimming spots around the country.

One swimmer stated that she would not be swimming this late without a dryrobe and having one made possible something she would have thought impossible. Most people were wearing togs or swimsuits under their robes and welcomed the cold fresh water as a mid-winter tonic. What struck me was the sense of a dryrobe as an enabler of healthy exercise in a not-always welcoming environment. I should also point out that I use the term dryrobe generically rather than specifically, and that a recent review of various options started with a homespun solution costing precisely nothing.

As swimmers flocked to Irish waters in 2020, the hope for older, regular swimmers, used to lying low during the normal mid-summer crowds, that quieter spaces would arise through the winter seemed less likely. The very crowded nature of what are often small and secluded swimming spots is of genuine concern as new swimming enthusiasts arrive. Space to change in is at a premium, so the space taken up by a big dryrobe is not helpful. Pandemic rules around socialisation have affected one of the great joys of open-water swimming, namely the free association and chats, tea, and cakes before and after a swim.

Despite notices advocating a swim-and-go policy, any sense of protecting vulnerable older swimmers getting essential outdoor exercise during the pandemic was conspicuous by its absence recently at the 40 Foot - as indeed were masks and social distancing. In particular, the early morning swims so beloved of older regulars as potentially safe spaces have become unsafe during the pandemic.

Another bugbear has been a sense that new swimmers take unnecessary risks, do not respect the sea and do not have the requisite knowledge of tides and waves. This can be witnessed by an increase in coast guard call outs. In fairness, this may also reflect the sheer weight of increased numbers at swimming spots. But it could certainly be argued that if we have created safe times for vulnerable groups to shop in supermarkets or go to parks, we might extend that into blue spaces as well.

One upside of the pandemic has been the rediscovery of the natural spaces around us. This has been especially important in getting people out of their homes when possible, and rediscovering what is available as a therapeutic resource in our immediate 2km of 5km radius. Research on this has focused more on green space with a variety of artistic and survey based studies beginning the process of how this has played out.

In addition, there is a growing realisation that blue spaces are not just the coast, but also rivers, lakes, canals, reservoirs, all evident in the Strava maps noted before. Being able to swim in their local area has been a new discovery for some and a confirmation of its value for others with great informal groups of swimmers such as the Wimmin Swimmin group at Twomilegate on Lough Derg. The famous Blackrock Diving Tower in Salthill even has its own Facebok page and Twitter account, Biomedical evidence on the value of cold-water swimming is also developing, for example in reducing dementia risk.

RTÉ Brainstorm podcast on the joys of outdoor swimming here

But for those in urban apartments or indeed without a home, having access to the outside or being forced to be in it takes on a very different meaning. If there is one thing, we have learned in the Covid-19 era, it is that spatial inequalities in access to health-enabling resources, as well as the differential effects of mortality and morbidity, continue to affect the same poorer and deprived communities as in normal times.

The debates around dryrobes raise fascinating questions around aspects of visibility and invisibility. There is a certain historical irony in discussions of covering up at the seaside or lake when the older traditions were often the opposite. Dryrobes could be viewed as a continuation of the trend of bathing boxes in Victorian times, such as the Chatterton Boxes in Kilkee. Both had the twin aims of simultaneously preserving warmth and modesty. Many historic men-only swimming spots owe their locations to historically naked male swimmers being chased from the beach to more risky spots, but these have now become more inclusive settings.

Performance has always been an important aspect around swimming spaces. What you wear to swim is, of course, riddled with attitudes around authenticity and hardiness. But attire is also linked to wider performances of identity, such as the suggestion that dryrobes act as a form of yuppification or commodification of swimming.

Such debates are also reflected in the wearing of wetsuits to swim, but I think most reasonable people would agree that any piece of clothing or equipment that encourages and prolongs time in the water is a good thing. That freedom to wear what you like is important too for new migrant communities. Recent debates in France and elsewhere on burkini bans at the beach show how important visibility and inclusivity can be. But being able to swim in quiet, almost invisible ways are important too. This is something that the 'regular’ swimmer treasures as part of a less showy, slow way of life where a balance between flow and stillness remains important.

Swimming places (and there are indeed many outside the South Dublin coastal bubble) have seen a genuine blue awakening in this difficult year. For new recruits to the joys of swimming or even dryrobes, it's like discovering a new book or band you love, and you want to tell the world. For older swimmers, its a bit like someone else discovering your secret and not being sure you like it. Perhaps when the warmer waters of the world beyond Ireland are available to us again in 2021, some of the dryrobes and crowds may disappear. I hope not, though, and hope that people have began a healthy practice for life.

But swimming and swimming places have always traditionally been both egalitarian and generous. They have room for both singular eccentrics and hardy Protestants, as well as all manner of body shapes, sizes, and skins, artificial and otherwise. Being generous also means being careful of others and their needs, and should not be forgotten, especially at a time of genuine high-risk.

Humans also seem to have an irresistible urge to classify themselves and others. Self-identification as an insider or outsider is often part of that, and perhaps explains the passions of the dryrobe wars. Emotional attachments to place are also a part of the story. For me, swimming places represent sites of therapeutic accretion, where the building up of a salty, crusty resilience, linked to past and present, self and family, here and there, builds on the body and mind. If the new open-water swimmers continue through the years, they too will develop that resilience -  no matter what clothes they wear in or out of the water.

Dr Ronan Foley is a Senior Lecturer in the Department of Geography at Maynooth University. His research is primarily in the area of health geography, with significant publications on therapeutic landscapes, healthy blue space and health care services