Why is Squid Game so popular? 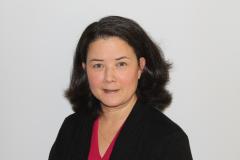 Why is Squid Game so popular?

Squid Game is the latest rip tide of the Korean Wave, or Hallyu, sweeping the globe. It's currently the most watched show on Netflix in 90 countries this week including Ireland. The dystopian series takes its name from a Korean children's game where the attacking team tries to get through the middle of the squid shape drawn on the ground with goal of tapping the squid’s head with their foot to win. However, if you are pushed out by the defending team, you are eliminated.

In the series, the red jump suited army, led by the 'front man’ Hwang, In-Ho (Lee, Byung-Hun), sets up the game for the viewing pleasure of the western VIPs. The competition pits down on their luck ‘players’ against each other in a series of children’s games (red light/green light, tug of war, etc) competing to win a cash prize of $34 million, but with deadly consequences if you lose. While it's not for the faint hearted, the show is addictive in its ability to weave highly topical themes of social instability, insecurity and inequality into the episodes of the series.

In the series, Seong, Gi-Hun (played by Lee, Jung-Jae) has lost his job, is deep in debt and on the verge of losing custody of his daughter to his ex-wife. He is invited to join the game, where he meets his old classmate Cho, Sang-Woo (Park, Hae-Soo) who is amongst the 455 other players ‘recruited’. It is a compelling portrayal of the mixture of coercion and apparent choice that the players (and by implication we as citizens) face regarding participation in real life ‘games’ like work, housing, politics and so on.

The players compete, and sometimes co-operate, to try to win the piggy bank of money that grows every time a player is eliminated from the game. Very quickly Gi-Hun realises that if he and Sang-Woo work together that they will have a better chance of survival and soon form an alliance with Ali (Anupam Tripathi), a Pakistani immigrant to Korea; Kang, Saebyeok (Jeong, Ho- Yeon) a young female, North Korean defector (and the acting breakout of the entire show in my opinion); and Oh, Il-Nam (Oh, Young-Soo) an elderly man dying of a brain tumour. This team of misfits discovers that they can survive if they work together in some games, but the same commitment to each other could prove a disadvantage in other games.

Most of the players ‘choose’ to join the game because of their rising personal debt, an increasing issue both in Korea, with a household debt of more than 100% of GDP - the highest in Asia, and for young people across the world. One of the core principles of the rules of Squid Game is that all players within the game are equal in their quest for the prize. The more highly educated or those with prestigious jobs in the outside world don’t have any advantage in the children’s games which are won with quick wit, problem solving skills, social intelligence and a bit of luck.

However, this mirage of equality can be seen in the deeply unequal structures that run the game, especially with the VIP spectators watching the competition. Much has been made on social media of the poor acting of the predominantly white, western, men who play the roles of the VIPs. The dialogue is so stilted in places that it does make one think that it was done on purpose to highlight the moral depravity and the superficiality of the super-rich and powerful in the west who pay to spectate the game.

The other issue that has been largely debated on Twitter, is that the translation from Korean to English is not accurate or nuanced enough for English speaking viewers to really grasp the full meaning of the series. The way the players speak to each other (with honorifics, even when in life or death situations) and with dialects (North Korean) are probably lost on Irish viewers, and the meanings of the words are all slightly altered in the English translation. While English speaking viewers may be missing the nuances of the dialogue, it is clear that it still resonates with them in terms of the competition, where stakes are high, life is brutal and the winner takes all.

t is also part of an increasing global engagement with Asian popular and commercial culture, often mediated through the dominant non-Asian distribution channels. Like Korean films, K Pop and other cultural forms, the series is part of a significant new transnational cultural connection that trades on both the commonality of the themes explored and some of the striking visual and symbolic differences in the cultural representations. This combination of transnational cultural products and social media discussions enables new if uneven cultural dialogues among ‘fans’ on the global stage.

Ultimately Squid Game challenges the players (and viewers) to try to balance the desperate need for the prize money with their own moral and humane selves or face the brutality of the outside world. I look forward to the second series, where we might see the players fight back and, of course, the many Halloween costumes that the series will no doubt inspire.