Will farmers ever be able to afford to retire? 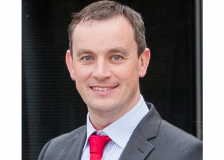 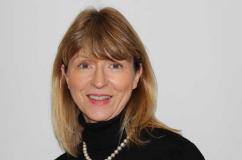 Will farmers ever be able to afford to retire?

The Irish government has proposed changes to pension policy to tackle the pension gap issue, but these are sufficient to keep low-income farmers above the poverty line?

This leaves farmers who are considering retirement with three options; to continue with a physically demanding job into their later years; to liquidate farm assets, or to rely on the state pension. Often, farmers must depend on a combination of all three options to keep above the poverty line.

The current provisions of the PRSI system as it applies to farmers means that many are unlikely to have the necessary contributions to qualify for the full State Pension (Contributory) unless they have worked outside of the farm for a considerable period. Farmers’ spouses and partners may be similarly affected. Additionally, means testing for the State Pension (Non-Contributory) can disqualify low-income farmers even with minimal land assets, so many farmers who wish to retire are currently trapped in a pension gap.

Selling part or all the farm appears to be an easy solution to this problem. However, splitting farms has implications for the survival of a sustainable farming industry, for generational renewal and can be a difficult decision to take if the farm has been passed down through the  generations and the owners have  a personal attachment to the land.. Transferring the entire farm to the younger generation may leave the retiring farmer vulnerable and dependent on the Social Welfare System, yet retaining some farm assets as a nest egg for retirement can lead to a reduced social welfare pension, also denying the successor full control of the farm. Both latter options can result in the retired farmer depending on family for income in retirement.

Such issues around farm transfers can act as a deterrent for young farmers, with just 7% of Irish farmers aged under 35 while 76% are aged 55 or over. This, in turn, can have significant impact on both the development of family farms and rural communities, on production efficiency and on the economic growth of the agricultural industry.

The Government and the Department of Agriculture, Food and the Marine is aware of these problems and of the ‘no-man’s land’ in which farmers hoping to retire can exist. Using hypothetical case studies, our research finds that the “Roadmap for Pensions Reform 2018–2023”, the most recent Government pension reform proposals, offers little respite for older low-income farmers who may continue to find themselves in a situation where they fail to qualify for both the full State Pension (Contributory), and the State Pension (Non-Contributory) leaving them financially dependent on the farm, and/or family members for retirement income.

We recommend a model whereby farmers, their spouses, partners and successors are fully integrated into the PRSI system and make appropriate  contributions from the time they begin to work on the farm, thereby establishing an undisputed entitlement to the Contributory State Pension through a framework of “paying their way”. This would provide them with the security of the State Pension (Contributory) and allow decisions about the transfer of the farm without financial pressure or fear of income vulnerability in old age, while supporting Ireland’s rich history of small agricultural communities.