Will we ever end daylight saving time? 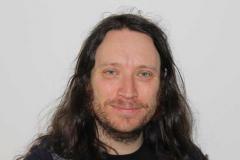 Will we ever end daylight saving time?

Prof David Malone, Department of Mathematics and Statistics, discusses why the clocks went back at the weekend and why they were not supposed to

The clocks went back at the weekend meaning that wintertime is well and truly here. However it wasn't supposed to be this way. According to a vote by the European Parliament in 2019, the final clock change was supposed to be spring of this year, which would have meant us staying as were last week.

So what's going on? David Malone from Maynooth University joined the Today With Claire Byrne show on RTÉ Radio 1 to discuss the state of our clocks. (This piece includes excerpts from the conversation which have been lightly edited for length and clarity - full discussion can be heard above).

As Malone points out, daylight saving time has a long history. "There was proposals over a hundred years ago to sort of start saving daylight. The idea was that in the summer, the sun was getting up so early, we could get up earlier and we could make better use of the time. That didn't really have any force until people needed to save energy during the First World War. So the Germans brought it in, in about March 1916, and then it came into the UK that May and, of course, that affected us as we were part of the UK at the time."

However if the European Parliament voted to scrap daylight saving time, why are we still adjusting our clocks and watches twice a year? "I think the EU maybe knew it was going to be complicated, but I think there was a push that this was seen as a simple thing that maybe the EU could move on. They did a big poll in 2018 and found that daylight savings wasn't very popular with people. I guess if you ask people do they like having to get up an hour earlier in the spring, nobody really thinks that's a popular thing to do.

"But getting everybody sorted afterwards if you decide you're going to get rid of it, that's like a Brexit question, where you decide you want to leave the EU, but how are you going to leave the EU? The question here is what does everybody do if we stop doing daylight savings, and that still hasn't really been figured out yet."

Speaking of Brexit, the border on this island has had a say in proceedings. "I know the Irish government here has decided that we're going to oppose ending daylight savings because of the risk of having two time zones on the island of Ireland. We have lots of people who work across the border, and they'd either have to be getting up an hour before the rest of their families or coming home an hour late, and that's not really a great option for people. I think the UK, the last time somebody asked, indicated that it was going to continue doing daylight savings. There's always a little bit of patriotism around time zones and the UK, being the home of Greenwich Mean Time. would have an attachment to daylight saving."

If we do stop acting the eejit with our clocks, we need to decide if we're going all in on summertime or wintertime, says Malone. "If we stay on summertime, which sounds very nice because we think of the nice long evenings in the summer, you have to play that off against the very dark winter mornings, which I guess, we're kind of trying to avoid with going to wintertime. If we stayed in summertime for the whole year, sunrise would actually be after 9.30am in Dublin for basically all of December and a bit of January. And if you happen to live in Sligo where you're a bit further west, sunrise would be after 9.30am for all of December and all of January.

"We actually tried this from 1969 to 1971. There was an experiment when Ireland and the UK were thinking about joining the EU, and for those years we stayed on summertime for the whole time. Initially, everybody thought it would be a great idea, but pretty soon, once you go through a winter with those very late sunrises, everybody starts to change their mind.

"Before 1916 in fact, we were in a time zone of our own centred on Dublin and then the time zones moved to be centred on London because Ireland moved on to GMT. Then when we moved to do summertime as well, we really have our time zones centred over on Poland. In a way, our time zone has been drifting west, anyway, and it's probably not a good idea to let it drift too far west."

It's not just an issue in Europe and Malone talked about the brilliantly named Sunshine Protection Act, which is proposed in the United States modeeled after a 2018 Florida bill of the same name. "Florida is way further south than we are, and this whole length of day changing is to do with how far away from the equator we are. We feel these things much more than people in even the south of Europe, and then Florida is going to be even further south again. They want to stay on summertime for the whole year, which again, sounds like a nice prospect. You're sort of associating summer with all the nice weather and so on.

"But, again, you need to be a bit careful. In fact, a lot of this nice research from the US has been able to check that if you're very far west in your time zone and you are dragging yourself out of bed early, even in sort of south near the equator, that also has health impacts. Getting out of bed too early can increase the rate of cancer, diabetes and things like this. In fact, it's better to have a time zone that's closer to the wintertime.

"The sort of natural inclination is to go for summertime because we all like to go out for those sort of evening walks or be able to do our sports in the evening during the extra hours in the summer, but it doesn't translate quite so well in the winter. It's a difficult question that needs to be resolved.