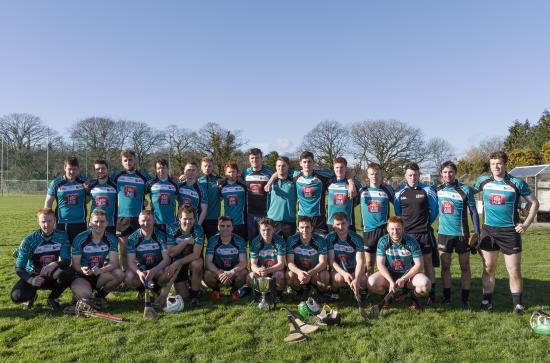 Maynooth University GAA are Kehoe Cup title holders for 2017 after defeating Wicklow yesterday, Sunday 5 February. The university boys held a convincing lead throughout to see off their opposition 1-23 to 2-11.
The students led by 1-10 to 0-7 at the break and never looked as if they were going to be caught despite conceding two goals to the county men in the second half.
The Maynooth side have had an impressive run in the Kehoe Cup since they first entered the competition just three years ago. This was their second final appearance having just missed out to Kildare last year. The boys are now set to play in the Walsh Cup competition next season after today’s nine point win.
Liam Hogan’s men are also in the middle of their Fitzgibbon Cup campaign and are fresh off a victory in the championship for the first time in many years. They overcame University of Ulster, Jordanstown 4-23 to 1-07 during the week.
The Kehoe Cup champions are set to face University College Cork at home on Tuesday 7 February. Throw-in is at 3pm on the North Campus pitch.