Since 2012 the Department of Theoretical Physics has hosted the International Particle Physics Masterclasses for secondary school students each spring.  The next event will be Wednesday 15 March 2023.

These Masterclasses give secondary school students the opportunity to discover the world of quarks and leptons for themselves, by performing measurements on real data from CERN, meeting active particle physics researchers and linking up with like-minded students from other countries.  We will join thousands of other secondary school students at more than 100 universities and laboratories around Europe and worldwide in a programme stretching over four weeks.

Physics at the most fundamental level - the smallest and most basic building blocks of matter - is an exotic world.  But a few introductory talks and working with data from CERN will give the students insight into the fundamental particles of matter and the forces between them, as well as what went on during the Big Bang.

In the morning the students are introduced to particle physics, experiments and detectors in lectures given by active particle physics researchers.  After an early lunch, they work on their own with data from the ATLAS detector at CERN. Afterwards they participate in a video conference with students from other countries and moderators at CERN, where they discuss and compare their results.  For more information on the masterclasses, see the International Masterclasses web site. 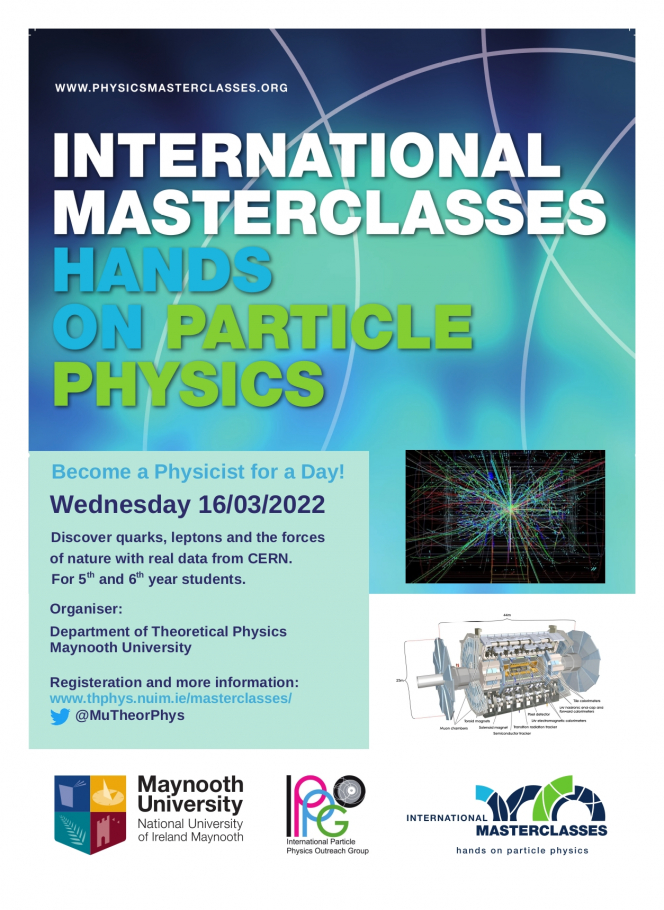 Exact times are subject to change.

Registration for the 2023 is now open at this link.

leaflets for the 2020 (cancelled) Particle Physics Masterclass are available to download.