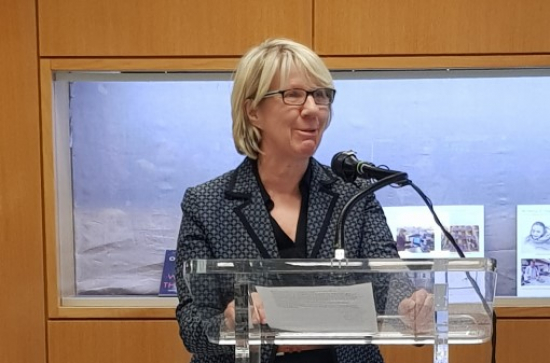 On Thursday 7th April, Maynooth University President Professor Eeva Leinonen, opened “Unlegendary Heroes” in the Library. She spoke of how the visual artist/printmaker Geraldine O’Reilly and poet Mary O’Donnell collaborated on this exciting initiative. Geraldine selected ten of Mary’s poems and responded in a series of ten visual images, in watercolour which were then printed using silk screen at Graphic Studio Dublin, one of Ireland’s oldest fine art printmaking studio.

The poems are taken from Mary O’Donnell’s highly-praised work in such collections as "Unlegendary Heroes", "Those April Fevers" and her most recent volume, "Massacre of the Birds".  Professor Leinonen noted the exhibition will continue until the beginning of May and in keeping with Maynooth University's commitment to community engagement, is open to the public.

The opening was followed by a poetry reading by Mary O’Donnell.

The virtual exhibition can be viewed here https://sway.office.com/PsyDgNpW92WTAOke?ref=email 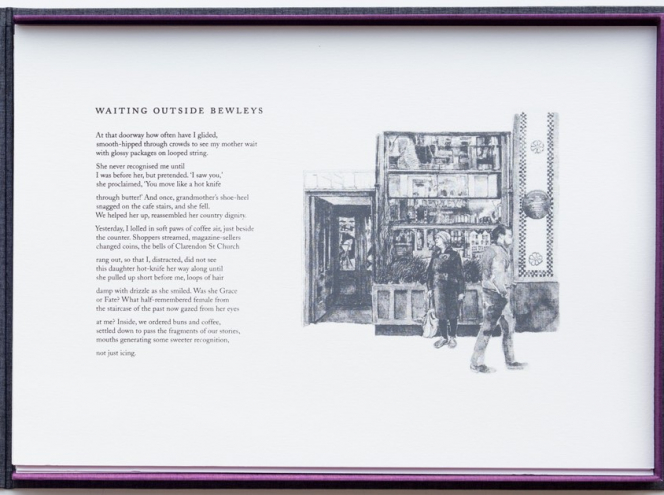 Artwork by Geraldine O'Reilly; poem by Mary O'Donnell.
Back to top
Back to top