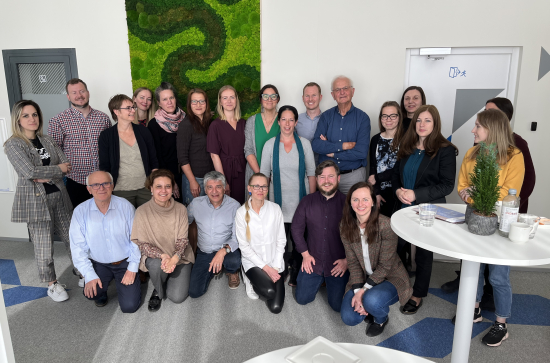 On 19-20 May 2022, Core Members from participating countries in Restorative Justice: Strategies for Change (RJS4C) came together for their annual meeting. Hosted and funded by the Estonian Ministry of Justice and co-organised by Dr. Ian Marder, this was their second in-person meeting, following the first in Maynooth in Ireland in April 2019. In 2020 and 2021, the group met online due to COVID-19.

The two days involved training, workshops and discussions relating to the project’s main goal – to support the implementation of the Council of Europe Recommendation CM/Rec(2018)8 concerning restorative justice in criminal matters. On the first morning, the group jointly analysed the recent Venice Declaration (2021; see also Marder and Sachova, 2022) that builds on the Recommendation. They used design innovation tools to identify and agree on the types of projects they will prioritise, settling on three questions:

The group brainstormed the activities for which they could apply for funding relating to each of these questions and discussed the interaction between national and international developments, including how they might collaborate at both levels with the European Forum for Restorative Justice (EFRJ). Most RJS4C Core Members will also attend the imminent EFRJ conference in Sassari, Italy.

On the first afternoon, the group participated in two training sessions. The first training focused on communications, and was delivered by Maria Laanjärv (PR Strategies) and Laidi Surva (Ministry of Justice, Estonia). That training concerned the need for a strategic approach to communications, including the importance of reflecting deeply on why you are trying to communicate something before identifying the correct audience and optimising the approach. The group considered what makes something newsworthy and how to present restorative justice to different audiences. The second training focused on change management and was delivered by Ekke Sööt (Change Partners). This outlined the necessity of leadership and clear definitions of success in moving from strategies to practice, and explored the difference between project management and change management. Ekke took through group though an exercise to assess the health of their projects in relation to defining success, leadership, project management and change management.

RJS4C is a partnership of academics, government officials, criminal justice policymakers and professionals and civil society leaders from ten countries (Albania, Belgium, Czech Republic, Estonia, Ireland, Italy, Poland, Portugal, the Netherlands and Scotland). You can read more about the Irish arm of this work on the project website. The group expects to have two more annual meetings, hosted by partner countries, before the project concludes in 2024.