​Can artificial intelligence reduce anxiety in the workplace? 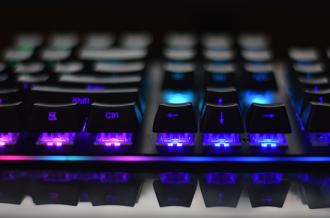 Anxiety levels, particularly at work, can often be overwhelming. It is widely known that the experience of high anxiety at work can lead to several negative personal as well as organisational outcomes, including burnout, sick days, absenteeism and high turnover.

However, the onset of anxiety is often not evident to the person experiencing it. If we are not able to identify the onset of our own anxiety, it makes it impossible for us to assess anxiety and the cause of that anxiety accurately. In addition, if asked to report our anxiety levels after an important event (such as an important client presentation), we sometimes forget how anxious we were before.

Again, this makes it immensely difficult to establish a baseline for anxiety over time. Finally, some people are just more anxious than others, and we need to consider these individual differences as well.

All these reasons make it difficult to assess anxiety simply by asking others. In our most recent research, we took on this challenge and developed a machine-learning tool to automatically detect the onset of anxiety levels through text.

This research used publicly accessible tweets as they allow us to measure anxiety levels in a non-invasive, naturally-occurring setting, and also give us more insight in the changes over time.

So what does this mean exactly? Well, whenever we write to others about what we are currently doing, what we are thinking about what or whom we have talked to, we generate and leave behind clues about our feelings at the time.

For example, when texting friends over the phone, many people do not use proper punctuation, such as a full stop at the end of every sentence. However, whenever we’re angry or want to express that something is wrong, we begin to use full stops at the end of sentences, as if to say "pay attention, I’m using proper punctuation! Something is wrong!"Although this marks a very small change, and the content of the message does not change at all, the person they are chatting to immediately knows that something is wrong.

As researchers, we can look back at such texts and make certain guesses about the texter’s feelings at that particular time. Over time, the accumulation of such clues can be used to identify participants’ personality and characteristics.

An ideal place to look for such clues is Twitter. It has over 330 million monthly active users, who produce on average 6,000 tweets per second or 500 million tweets per day. Tweeting is quick, short, and mostly captures what is going on at any particular moment.

The question then becomes how we can get a machine to score anxiety within text, so the process can be automated. The answer can be found in the artificial intelligence domain of machine learning. First, a set of tweets which are related to the workplace have been distributed to a set of human raters who uses a scale developed within the psychometrics to measure anxiety. Secondly, the resulting labelled tweets are used to learn a software model that can replicate how humans rated the tweets. Finally, the learned model is run on new tweets and anxiety scores are predicted.

This research used publicly accessible tweets to demonstrate the concept as they allow us to measure anxiety levels in a non-invasive, naturally-occurring setting, and also give us more insight in the changes of anxiety in individuals over time. However, microblog-type data can be found anywhere, and specifically at the workplace. For instance, many organisations now use Slack, which allows employees to discuss and share thoughts and expertise on various project issues.

Like with any other technology, cautions have to be taken. Firstly, artificial intelligence can make errors, which can statistically be more likely considering an individual piece of text, than with many pieces of text. Secondly, the privacy of users has to be respected. These two concerns lead in a direction where data should not be interpreted at an individual level, but rather in an aggregated anonymised level to find patterns such as increased anxiety in the organisation overall, for instance.

Organisations could use an anxiety detection tool to help ensure employees’ well-being and prevent situations of excessive anxiety. Knowing that employees are experiencing increased anxiety levels, organisations could ensure that training seminars or counselling services are provided to help reduce anxiety. Such actions could prevent burnout and sick days, as employees would feel that their employers care about their employees’ well-being.

Photo by John Petalcurin on Unsplash