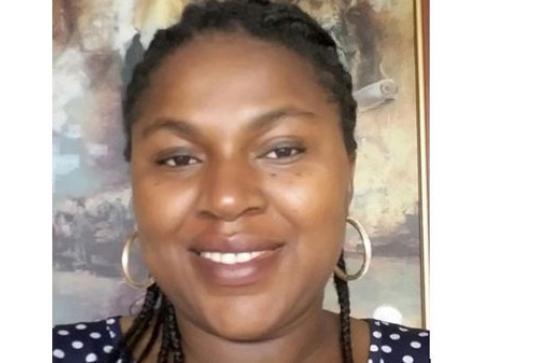 First prize was awarded to Lind Grant-Oyeye for her poem African Refugee.
Commenting on African Refugee, Irish poet and creative writing teacher and competition judge Jessica Traynor said “This is a vibrant, lyrical piece touched by myth. It deals with the changes brought about to ritual by the arrival in a new country, and also with the myths and stories we bring with us. An Ireland gifted with these new stories can only prosper.”

Lind Grant-Oyeye was born in the Niger Delta area of Nigeria and now lives in Kilkenny. She is passionate about highlighting social justice and mental health issues through the arts. When she is not writing, she is engaged in advocacy for mental health services for young people. She is the recipient of various poetry awards and has had work published in literary magazines, anthologies and curated poetry projects around the world.  On winning the award she said “It’s great for me as an African writer who is an activist for social justice to win the award, it is an honour to be associated with Ken Saro-Wiwa. It is great to see this connection between Europe and Africa being fostered through Maynooth University.”

Second Prize was awarded to Eilish Fisher for her poem Night Feedings.

Eilish grew up on a farm in rural Vermont and moved to Ireland in 1998. Her poetry has been published in Crannog Literary Magazine, Three Drops From a Cauldron, The Ogham Stone and Cailleach literary journals and most recently in the anthology Writing Home, published by Dedalus Press in Autumn, 2019. Her first children’s novel, a story set in the mountains and valleys of County Wicklow, was short-listed for the Mslexia Children’s Novel Award.  She has a Master’s degree in Early Medieval Irish History and Literature and a Doctorate in Medieval English Literature from Maynooth University.
Commenting on the poem, competition judge Jessica Traynor said "Night Feedings tackles the separation of parents from their children on the American border, a barbaric practice. Here, the poet reaches out to these children which holding their own safely in their arms. It’s a study in the transformative power of empathy.”

First prize was awarded to Conor Walsh, a fifth year student in Maynooth Community College for his poem Bystander.

Second prize was awarded to Celi Arnott, a sixth year student at Wesley College, for her poem Baking Banana Bread.

These and other poems commended in the Ken Saro-Wiwa Poetry Competition will be published in a forthcoming book.