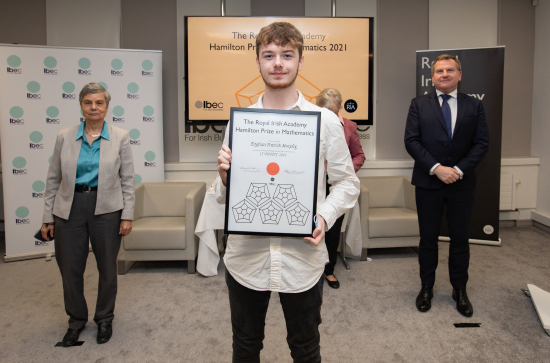 The Royal Irish Academy has today awarded the prestigious undergraduate Hamilton Prize to the top mathematical students in their penultimate year of study as nominated by their university. Ibec, who sponsor the RIA prize and Hamilton Day activities, see developing STEM talent as a key role in safeguarding Ireland’s economic future.

In recognition of their mathematical excellence, the students each receive a cash prize of €250, a certificate of achievement and are invited to attend an exclusive masterclass with the 2021 Hamilton Lecture speaker Caroline Series, Emeritus Professor of Mathematics at the University of Warwick. Following the ceremony, they enjoyed a private audience with Dr Aoibhinn Ní Shúilleabháin in conversation Professor Caroline Series.

Dr Mary Canning, President of the Royal Irish Academy said,
“The Hamilton Prize recognises these outstanding young mathematicians as they enter their final year of studies in universities all around the island of Ireland. We celebrate Hamilton Day because Ireland has a rich history of scientific excellence, but through this prize we also look to the future. In honouring their academic excellence and we hope to support and encourage the next generation of great Irish scientists.” 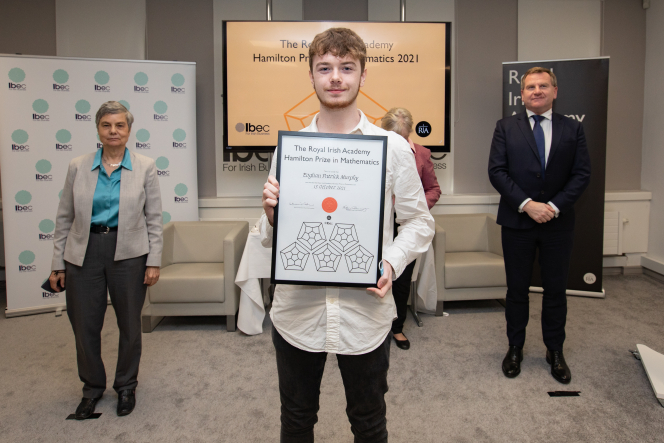