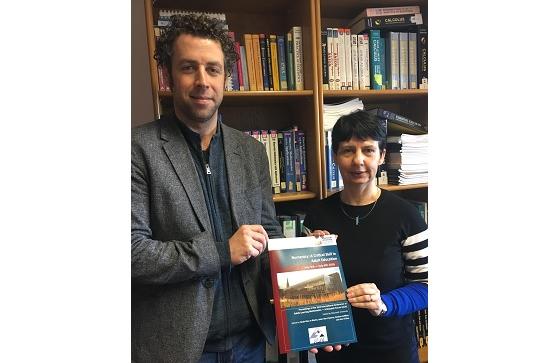 Dr. Ann O'Shea and Dr. Ciarán Mac an Bhaird (Department of Mathematics and Statistics) are delighted to announce the publication of the Proceedings of ALM 23, Numeracy: A Critical Skill in Adult Education.

The proceedings are a combination of both peer reviewed and non-peer reviewed articles from ALM 23 which was hosted by Maynooth University in July 2016.  ALM 23 was attended by researchers, practitioners and policymakers from 12 different countries. It included a special all group symposium on 'national and international perspectives on policies for and models of numeracy'.

Drs O'Shea and Mac an Bhaird stated that 'The Proceedings will be of interest on a national and international stage. They will have a particular resonance locally as Maynooth University has an outstanding reputation for its Access, Disability and Mature Student programmes. Furthermore, Maynooth University will include 'Widening Participation' as one of the key tenets in its new strategic plan.'